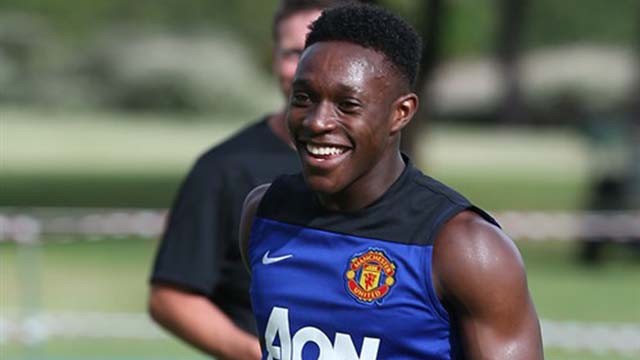 We could sit here all day deciding who the best fit to fill the striking position is, and it’d be hard to go against the Premier League’s Golden Boot winner from last season, Robin van Persie. But as the Dutchman nears his 30’s, there will be times where Moyes may need to turn to other scoring options like Danny Welbeck, Shinji Kagawa, Javier Hernandez – and yes, the dreaded option for some in Wayne Rooney.

Although Rooney still has plenty to offer Manchester United on the pitch, if he is to stay his best spot in Moyes’ squad could very well continue to be in the attacking midfield. Yet, as Kagawa looks to come into his own, the 27-year-old may be forced to sit on the bench because of United’s depth and his tedious summer decisions.

Besides the Flying Dutchman up top, the second striking position is wide open at the moment. As United haven’t made a high flying bid to a well-known striker, Moyes could very well be quite content with his current squad and instead, look to strengthen the midfield as he’s made readily apparent with links to Thiago Alcantara, Cesc Fabregas and Marouane Fellaini.

David Moyes’ talented youngster Danny Welbeck is likely to see additional action this season after appearing in 39 matches last season for United, recording a lousy two goals. The 22-year-old will certainly have plenty of proving to do as the former Everton manager will not take kindly to timely chances gone begging. In terms of work rate, I cannot knock Welbeck as his movement to put himself in position to receive the ball is splendid; however, his inability to finish the chances he truly should finish is what could hurt his chances in the starting XI.

Moyes recently told media “When I arrived at the club, I was informed of how important Danny’s been, and how important he will be in the future.” Yes, Welbeck is still only 22 and may have his best years ahead of him but some sort of consistency needs to be established in front of net. The Scot went on “We will give him the opportunities because he has got the chance to get a few games now, and hopefully the goals will follow.” The questions will arise whether or not RVP can uphold his goal-scoring form after a stellar first season with United, therefore allowing Welbeck and others to enter the fold and contribute a bit of their own.

Welbeck didn’t make too strong of a case for himself against the Singha All-Star XI as he had a few chances which went begging. Ultimately, a manager would much rather his striker create scoring chances than none at all, and with the first preseason match behind him now a better start against the A-League All Stars should be in order.

Often knocked for his lack of potency in front of net, and even mocked for his elaborate back heel disaster against Singha XI, he’s been overly criticized. Although he’s not turning out goals as Rooney was, goals will come. Don’t knock the lad, as he gets himself into scoring positions, and has the tenacity to make darting runs in behind defenses. The short and sweet of it is, at times, Welbeck seems to be a boy in a man’s game – if he is to make his mark in the Manchester United ranks he must convert chances as Cantona, van Nistelrooy, and Ronaldo had.

Listen, I’m not saying start Welbeck and overly comfortable amount but what I am saying is trust the man. I understand that working yourself into scoring positions is half the battle but, as Moyes will have his own struggles in his first season in charge of Manchester United, every player in the squad must do their part – especially that of Danny Welbeck.

4 responses to “Moyes must look to Welbeck this season”