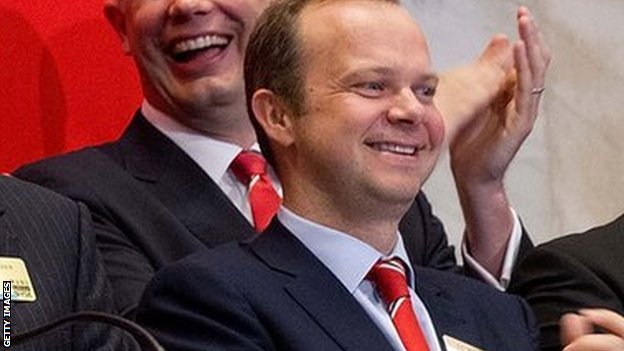 If it’s urgent transfer business as reported, I highly doubt it involves Rooney. United understand he wants out but there’s no real rush. The first offer made for a player is usually rejected because there’s always room for an improved bid. We’re likely to see it drag out for the next month or even longer.

High on Woodward’s agenda, one would imagine, is David Moyes’ midfield targets. His exact destination is unknown but it has been well documented that he will be Europe bound. However the pursuit of Cesc Fabregas is a probable issue that may be addressed after Barcelona turned down United’s £26million bid. The Spanish giants have yet to release a statement confirming that Fabregas is not for sale and they seemed to have considered the offer judging by how long they took to respond.

Other players reported to be on Moyes’ wish list are Cristiano Ronaldo, Gareth Bale and Luka Modric. Now that’s what you call a mindfuck as far as the media are concerned. We say one name, you say another type of bollocks.

Not that most of you care, there’s another thing I have noticed since the change of personnel at Old Trafford. When Sir Alex Ferguson and David Gill worked alongside each other they kept the ship tight. All the stories leaking at the moment are making the club sound like a circus.

For instance, Chelsea accused the club of briefing the press on Wednesday. Whatever offer Chelsea placed for Rooney, United apparently told press in Sydney that their bid was not only £10million but it also included the option of taking Juan Mata or David Luiz. The club are playing fire with fire and have the blues dancing a very public tune.

Chelsea said in a statement:

“Chelsea can confirm that yesterday it made a written offer to Manchester United for the transfer of Wayne Rooney.

“Although the terms of that offer are confidential, for the avoidance of doubt and contrary to what is apparently being briefed to the press in Sydney, the proposed purchase does not include the transfer of any players from Chelsea to United.”

There has been no word from United since. Then again, we don’t play our second pre-season friendly until the weekend. That’s when Moyes will face the headline hungry press, who will want some sort of response to Chelsea’s statement.

In regard to Woodward, he may return for the final leg of the tour in Hong Kong. The trip to Japan, however, was never on his schedule.

Meanwhile, it was confirmed that negotiations between Manchester United and Desportivo Brasil have broken down meaning Brazilian striker Bruno Gomes won’t be joining the club.

The 17-year-old was due to sign for United on his next birthday after a successful trial in Manchester but the club have decided not to follow through on the deal leaving the youngster upset.

“Manchester United and Bruno Gomes did not reach an agreement and he will no longer go to Manchester.

“He is very upset because he was focused on playing in 2014 for United.

“Manchester also has a stake in the economic rights B9 but released him to deal with another club.”

From interacting with Bruno Gomes on Twitter he seemed excited about joining United, replying to as many Reds as he could and answering their questions. His representatives will now speak with clubs in Italy, England and Brazil.

I wish him well in the future.