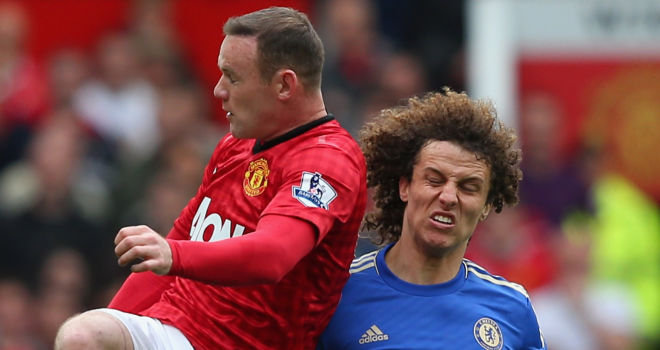 Chelsea today launched a player-plus-cash bid for Wayne Rooney but it was immediately turned down by Manchester United.

The unsettled striker is on the brink of leaving United after reacting badly to comments made by David Moyes over his role at the club. Rooney’s nose was put out of joint last year when Robin van Persie arrived from Arsenal.

The player said to be involved in the bid is believed to have been Juan Mata, however there are a few whispers of David Luiz doing the rounds. Although, the fee is our area of concern at just £10million. After all Everton have always had a 25% sell on fee for the player.

Mata is the biggest surprise. He’s been linked with Barcelona and Real Madrid already the summer, while Luiz was also tipped to be on the Nou Camp club’s radar if they lost out on PSG’s Thiago Silva.

Rooney moving to Chelsea is the last thing United want. Moyes has said over and over again that the England international would not be sold, therefore, remain a Manchester United player. But he’s not going to say the complete opposite, is he? “Yeah, go on, throw a few bids in for Rooney. He’s nothing but trouble so I want him out. Fergie did too.” Nah, not happening.