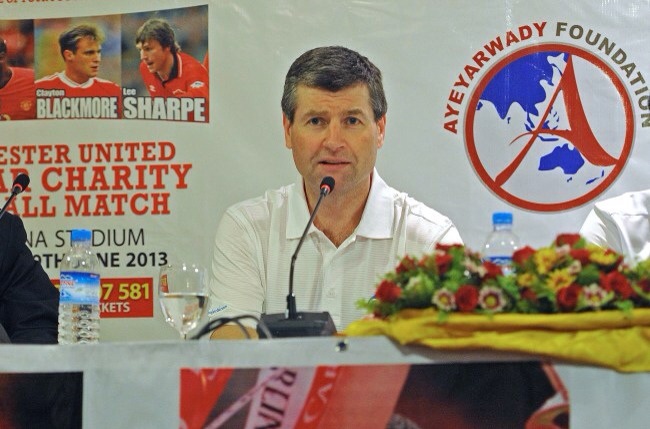 Those who log in to Twitter at this time of year will know the recriminations of doing such- self-confessed ‘ITK’s (in the knows) who should be recognised as ‘IDK’s (I don’t know) plucking out random names from the transfer tombola machine, suffering ridicule in the process (Indykalia *cough*).

So it was reassuring to hear the wisdom and two penny worth of a man closer to home who is in actual communication and in the loop with the club’s matters rather than those notorious ‘Sky Sources’.

Denis Irwin was one of Sir Alex Ferguson’s best ever purchases. He was not one to seek the limelight or take in the adulation- he was the very definition of reliable, a solid professional, unflappable in his ways.

It is somewhat surprising therefore that he has been overtly revealing and mischievous when it comes to Manchester United’s transfer activity in recent years.

Irwin is convinced that United will make a stellar, marquee signing over the coming weeks, and he was not shy in affirming who that player might be.

In his media commitments (he is a writer for Sunday World), Irwin did not mince his words in a telling statement that will send positive vibes towards United fans and players alike:

“United are going after Fabregas as keenly as they did Van Persie last year – Cesc will be their big summer buy. It’s the one part of the team that let them down in big head-to-head matches during the last season. Remember I told you here this time last year that United would get Robin van Persie? Well, they are going about getting Fabregas in much the same way.”

That is an outlandish statement to make, especially as the transfer is only in the embryonic phase upon writing- for any of you who have somehow missed the news, we placed a bid for Fabregas around the £25M mark.

Although it appears that initial bid is not sufficient to tempt Barcelona into an extraordinary sale and a deal has some rough edges, surely United would not have lodged a bid without first getting reassurances that Barcelona would be eventually obliged to sell the player and that the player has genuine interest in joining.

Irwin holds internal responsibility on his shoulders with his ambassadorial role, meaning that he rubs shoulders with fellow dignitaries and official colleagues on a daily basis. Whether our activity is revealed to him cannot be stipulated but he seemed to know the ins and outs of the amazing swoop for Robin Van Persie last year.

The fact that Irwin is adamant that Fabregas will be David Moyes’ first major signing goes a long way to confirming that United are confident of getting their man. For someone official to make such a confident claim will only fuel the rumours further and give fans increased hope that we will sign our second ex-Arsenal captain in two years. Piers Morgan would be incredulous. What a thought!

Fabregas would be an incredible signing and signal of intent from David Moyes.