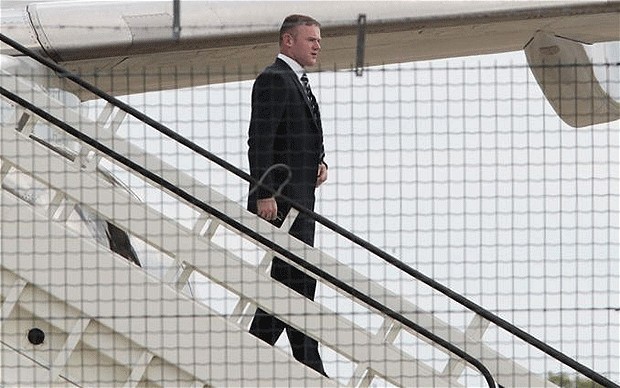 Sky Sports reported today that sources close to Rooney claim the 27-year-old striker is “angry and confused” about his treatment by Manchester United.

Reporter Kaveh Solhekol told Sky Sports News: “Rooney believes he is at the peak of his career and has no intention of becoming a squad rotation player or by playing second fiddle to anyone at Old Trafford.

“He believes he has nothing left to prove after nine successful seasons – yet that is what is being suggested by reports in the media which have interpreted the club’s statement as meaning he’s currently on trial for the coming season.

“Since he’s returned from the pre-season tour due to injury, Rooney has been in touch with the club and spoken to David Moyes on the phone – he is angry and confused at the way he’s been treated.”

Rooney has been linked with a move to both Arsenal and Chelsea this summer but David Moyes repeatedly said the England international will remain at the club. However, it is understood for some time that he is open to the idea of moving to London.

With two years remaining on his current contract at United, new chief executive Ed Woodward revealed the club are not afraid of letting a player’s contract run down. Sources within the club have hinted they would not allow Rooney move to Jose Mourinho’s Chelsea at all costs.

Woodward said: “No contract renewals are being discussed. I am not sitting down with any player on an extension and there is no trigger date in the diary.

“Would we be afraid to run a contract down? Of course not.”

I, for one, find it funny how Rooney can be angry and confused. And to be honest he’s not the only one. In 2010 when the club rewarded him a bigger and better contract after acting the twat, I felt the same.

The clock is ticking, Wayne.

2 responses to “Cry me a river: Rooney angry and confused at United”