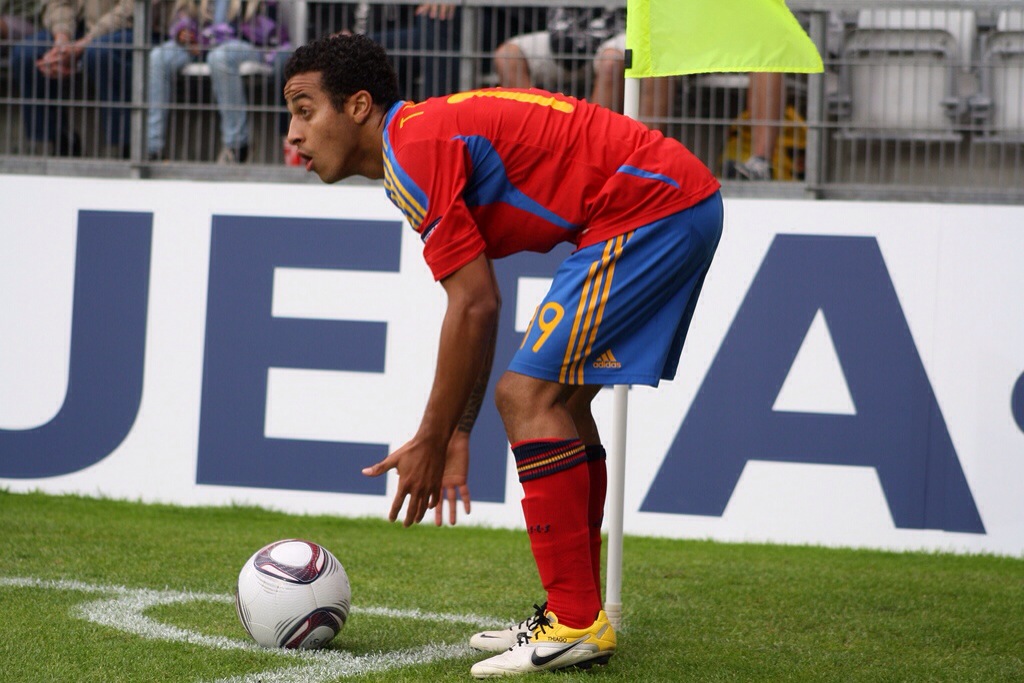 Speculation kills – and Thiago chose Bayern Munich over Manchester United for a reported 25 million euros according to Sports Illustrated. The 22-year-old makes way for the Allianz Arena instead of Old Trafford after he “was the great wish for our new coach [Pep Guardiola]” as Karl-Heinz Rummenigge stated.

As the Thiago saga has now set off into the distance, David Moyes can place further emphasis on other signings as well as the brilliant performance from Adnan Januzaj and Wilfried Zaha in the past match. Although securing the signature of the former Barcelona man would have been a step in the right direction, we must not forget the current United roster. United could have offered the out-of-favor Barcelona man so much; however, his relationship with Pep Guardiola seemed to reign supreme to the Theatre of Dreams.

But, do not fret United fans. Thiago may have chosen the current Champions League and treble winners yet, it’s safe to say United can recuperate from this “loss.” Surely, Thiago’s performance in the Under-21 European Championships in particular his hat-trick in the final attracted numerous attention from United, Bayern and Real Madrid.

Did he make the right choice? From an unbiased opinion, without question he did not. Bayern already have a midfield of Thomas Muller, Bastian Schweinsteiger, Toni Kroos, Javi Martinez and Luiz Gustavo so where does that leave Thiago Alcantara? Had the young Spaniard made way to Manchester United (although nothing was promised) it seemed likely he’d make an immediate impact in the midfield as no one has yet to solidify a place, other than Michael Carrick possibly.

Phil Jones, Januzaj, Antonio Valencia, Ashley Young, Shinji Kagawa and Wayne Rooney all currently vie for the spots under David Moyes – and Thiago could have very well made his way into the starting contention. And with the 2014 World Cup in Brazil less than a year away, will be be able to do enough under Guardiola to secure a spot in Bosque’s plans?

As the ship has sailed for Manchester United and Thiago, we cannot blame Moyes. Furthermore, ill-will should also not be wished upon Alcantara because he made the best decision for himself. Although we may disagree, and the lack of playing time in the Bundesliga could inhibit his progression as he enters his mid-twenties.

Ultimately, if a player is in love with Manchester United – there should be no hesitation whether or not he moves to Old Trafford. Understandably, some players have reservations about certain leagues, managers or even the current make up of a squad – so in that regard we respect Thiago’s decision, or lack thereof. Negotiations are troubling, and more complicated than what meets the eye but if you’re a Manchester United supporter: understand that bigger, and better will find their way to the Theatre of Dreams.