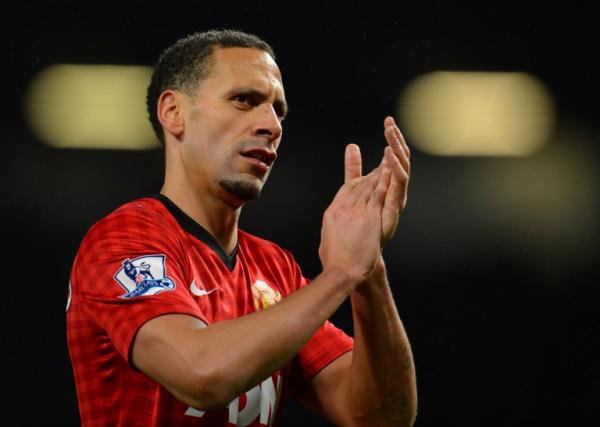 One of the most active on and off the pitch, Rio Ferdinand is the epitome of Manchester United – bravery in the tackle, not rash in a challenge, and a perfect comrade in the center of defense. Although I’d love to see him throw on the England shirt again, the reasoning behind his decisions are surely admirable, and is a true lad of his word. Unfortunately, I’ve never been able to meet the towering defender in person; however, watching the Englishman on the pitch is nothing short of amazing.

Since joining United in 2002, without question he knows the in’s and out’s of our historic club.  The ultimate defender’s agility as he nears the latter stages of his career is admirable especially the number of matches under those legs of his. With an impeccable work rate on all areas of the pitch, Rio brings the fiery passion which fuel United’s engine.  He may not tally as many goals as we’d like a defender to but, that’s why he is a defender and he in my book, has done the best job over the past decade in his position. Ultimately, his willingness to defend with venom has enabled Ferdinand to prolong his career and remain touch-tight on some of the most skillful strikers in the world. Off the pitch, Ferdinand’s quite active on Twitter (@rioferdy5) as he’s constantly interacting with fans and providing a few tidbits of information to his nearly 4.5 million followers. Numbers aside, see the man in his 5 Cap venture and indicates he truly knows how to promote and run a business.

Personal accolades aside, Ferdinand recently spoke about the tough training sessions that he’s been undergoing while on United’s tour under David Moyes.  The Englishman noted via Goal: “It is a bit too early to compare, but I think the intensity of training has gone up […] As a new manager comes in, the players want to impress the new coaching staff, but it has been very hard – we have had some double days – but very fair.”

The tough training sessions come as expected as Moyes readies his squad for the Premier League. New training regiments, managerial preferences, and techniques allow for a new sense of football culture in the new era of Manchester United. Ferdinand will once again lead by example and as expected – provide a few brilliant moments of his own in a United.  A true defender in every essence of the word, it was only fitting he scored in the final match at Old Trafford under Sir Alex’s reign. Just as Ferdinand handed Fergie a dream victory over Swansea City during his final match at The Theatre of Dreams – we can only hope Ferdy can provide a few defining moments this season.

2 responses to “Ferdinand weighs in on Moyes”