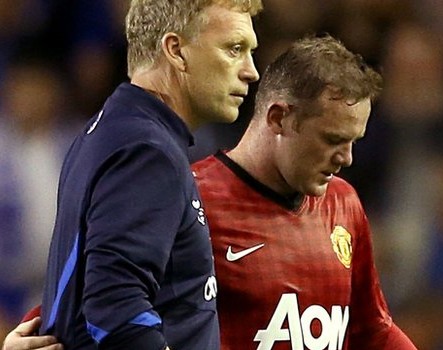 After just one training session in Bangkok, Rooney picked up a hamstring injury and was advised to return home immediately. It is clear Moyes wants the England international to stay at Old Trafford, and it seems Mourinho can’t even change that.

“I don’t think so,” the Scot said, when asked if the Chelsea manager was being mischievous. “People are entitled to talk about good players.

“I am being asked plenty about Wayne so I am sure Jose will be getting asked about lots of players as well.

“It is hard to keep repeating myself – but I will do. Wayne is a Manchester United player and will remain that.”

What Mourinho said was typical of the man, hungry for attention and making the headlines.

“I cannot speak about players from other teams,” he said. “But you know me…

“I always say what I think and he is a player I like very much. I cannot say more than that.

“Being fast and direct, I like him very much. But he is a Manchester United player.”

You’d think if Rooney really wanted to stay, he would issue a statement on either his website or official Facebook page, just like he did with the Twitter bio story. Explain that everything has been sorted and you’re now looking forward to working with Moyes again. There is clearly something still not right about all of this…

Moyes’ press conference was full of questions and answers about Rooney.

“You mustn’t forget Manchester United is about a team, not any one individual,” the new United boss said.

“In lots of ways I am only interested in the team and some of the questions are reverting back to stuff I covered last week.”