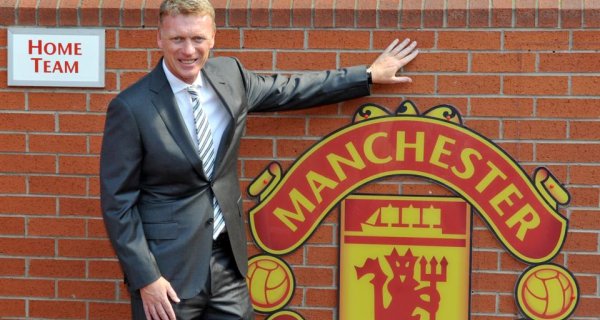 The host of World Soccer Radio, Nick Geber, and also former Fox Football Fone-In and Fox Football Friday graciously brought Stretty News’ owner and editor, Dale O’Donnell onto his show to speak about Manchester United on July 9th. If you stayed up late enough the entire talk between Dale and Nick was spot on. Although Geber is a proclaimed Liverpool fan and even admitted to “When I just mention Borini, I hear laughter” he took a fairly neutral stance to the current condition of Manchester United.

The transition period of a “fantastic” time for all football fans looking in on United as they look to either David Moyes to bring the club continued success or hope the Scot falls at the wayside. Either way, although the new manager situation at Old Trafford is going to take a bit of getting use to, Geber said it best on Tuesday evening as he described the situation “uncomfortable, but a fascinating situation.” As one of the most historic and successful clubs in the world of football transitions into a new chapter, Moyes must keep the legacy live while bringing forth his unique touch to the reds.

A changing of the guard is occurring and Manchester United, and Nick Geber spoke to Dale on how it would be possible to replace a manager [Sir Alex] who “brought incredible glory and essentially transcended the role as a manager, he was the club personified.”  When asked to rate Moyes’ appointment at United, he noted that the managerial change would certainly be something he’d need getting use to.

When Sir Alex Ferguson announced his retirement in May, nearly everyone and their brother immediately wondered who the successor would be. When Geber asked Dale about whom he wanted at the helm of Manchester United, O’Donnell stated “Initially Moyes was not my preferred choice, it probably would have been Mourinho. Mourinho has one of the biggest egos and this is the biggest job in world football.” And looking back at the appointment of Moyes, O’Donnell indicated “I can now see why he was appointed.”

As tough as it is to see the front office staff at Manchester United leave after many years of service to the club (especially Rene Meulensteen) we must respect the fact that Moyes needs his own bit of continuity during what may be the toughest year as manager yet. Despite bringing in new managers to aid him with the reds, the acquiring of Phil Neville as first team coach and Ryan Giggs as player-coach warms the hearts of United supporters just a bit more – Moyes understands the continuity of the club.

Realistically, we’re all looking forward to the new chapter under Moyes’ tutelage. The appointment shows certain signs of continuation as Ferguson hand picked the former Everton manager to be his successor – but this time is one in which I’ve dreaded for many years. However, the change in manager couldn’t have come at a better time as there is only one incumbent manager in last seasons top four in the Premier League – Arsene Wenger. With Mourinho back in charge at Chelsea, Pellegrini at Manchester City, and Moyes at Manchester United – the last remaining constant in the top four is Arsenal. That must clearly mean their the favorites to take the Premier League crown, right? Doubtful, very doubtful.

Moyes’ statement of intent was brought to us by the signing of Giggs and Neville to be amongst his staff. However, we’re left to wonder if the Scot will have the same judgment as Ferguson who brilliantly brought over Robin van Persie. Overall, Geber said it best in that Ferige was the best at “find[ing] the right players for the club. To bring in young players through the system, acquire them at the right age, and his scouting being so important.” Time will tell if Moyes can attract big name talents like Cristiano Ronaldo to our historic club – and it’s time we may or may not have.

Our biggest advice to David Moyes is not to be afraid of individuals – as no player is bigger than the club. As Ferguson was a “man of presence and not afraid to pull the plug on things” the new manager must be equal to the task of asserting himself, and never allowing the players to question his motives. Will his number one issue be to retain Rooney? Although Rooney has been a mainstay with Manchester United since joining the club years ago O’Donnell stated whether or not he thinks Rooney will be sporting a United jersey for the inaugural Premier League match this season: “No I don’t think so. This whole thing has been stirring since 2010.” With Rooney we’re never certain what will happen next and who knows if the likes of Chelsea or Arsenal will reward him with a larger than life contract.

To cap off a brilliant talk between Geber and O’Donnell on World Soccer Radio both gentlemen noted one of the most important statements on the night, “There may be a time when Moyes will be a little inexperienced. Mourinho would not ask Ferguson for help, he’s not humble enough.” Yes, Sir Alex Ferguson has stepped aside as Manchester United’s manager after 26-and-a-half years in charge, but the Scot will surely be lurking in the shadows upstairs. Moyes must find it within himself to turn to Ferguson whenever necessary and not be afraid to ask for advice – because the advice Ferguson could provide Moyes with, could separate the boys from the men.