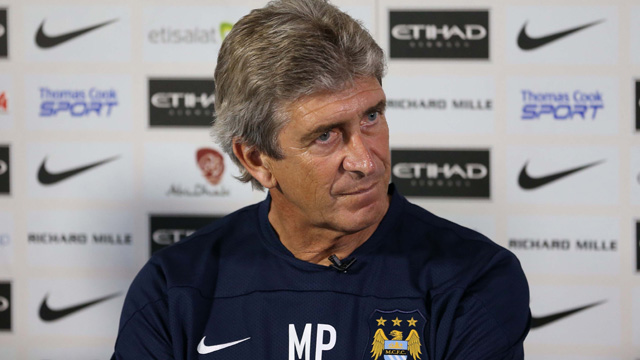 Only in the job less than a month, Pellegrini already understands that playing against United is their cup final.

“I know that the most important thing for all the fans is to beat Manchester United and if I am here it is because I am sure we will do it,” he said.

Did Moyes mention City or any other rival in his first press conference as United boss? Didn’t think so.

4 responses to “Lets all laugh at City: Pellegrini sums it up”