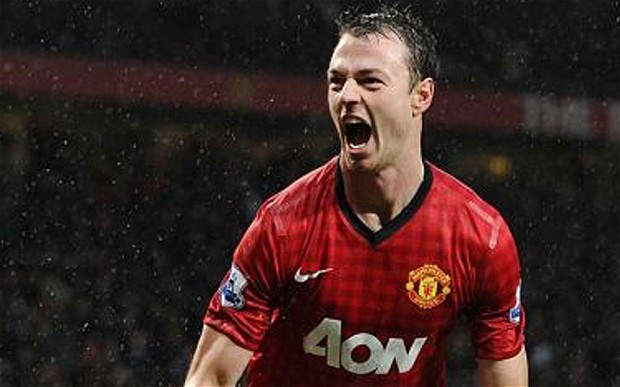 The impatience surrounding Manchester United’s transfer activity so far this season has gathered pace since last Friday’s press conference which saw Moyes paraded to the media for the first time.

In recent years, supporters have been used to seeing deals tied up before this time so that players are ready for pre-season. The likes of Shinji Kagawa and Javier Hernandez are testament to this. But there have also been more notable instances of new players arriving just before the opening day fixtures (and in the case of Berbatov, just after).

United have one signing already on board of course. Wilfried Zaha may not have been a Moyes signing but he could be a final brilliant gift from Sir Alex. It’s a gamble paying that much for someone who has never played Premier League football, but offer me the choice between a raw young winger with plenty of ability and another season being tortured by Nani’s unreliability and I know which I’d rather. And that train of thought could become a theme…

Moyes has already stated his joy at having such a big squad at his disposal having not had one at Everton. Competition for places has been high for a number of seasons at Old Trafford (unless you play left back) and whilst I agree a squad high in numbers is needed to challenge on all fronts, I must admit I miss the days when you could get ten reds in a pub and each would be able to state United’s best eleven. Today, you would get ten different answers.

As good as competition may be for rotation, it may actually stop us seeing how good a player really is. One player who is tipped to exit Old Trafford in the coming weeks is Patrice Evra. This is a player who has spent the last six years as a mainstay in the side. His constant presence being rewarded with the vice captaincy when it could be argued his performances didn’t necessarily merit a place on the pitch. When he arrived, he faced a challenge to get in the back four with Heinze, Silvestre and O’Shea all vying for the full back slot. Despite earning his place in the 06/07 PFA team of the year, Heinze was selected ahead of him for the FA Cup final defeat by Chelsea. Paddy’s luck would change when Heinze was moved on that summer and Silvestre picked up a long term injury allowing the former Monaco man to play knowing his spot was under less threat. What followed was a maturity and a freedom in his performances which has seen little need for a replacement until now.

Fast forward to the start of last season. A Brazilian full back who arrived and faced competition for a starting spot found himself wearing the No.2 shirt and making the right back spot his own. Would he have done so had Smalling and Jones been fit for the start of the season? I doubt it. But Rafael was one of our star performers through not beating off the competition for places, but thriving in the knowledge there was none.

For that reason, I don’t think we should expect to see a ‘one out, one in’ transfer policy under Moyes. He knows through his experience at Everton that players can in fact perform better knowing that there is a pressure on them to deliver every week, that there isn’t someone else who can come in and take over if they are having a slump in form. Expectation can bring about excellence. Look at the performance levels of Jonny Evans when Vidic was missing. Look at Carrick. If ever there was a player who has carried a central midfield on his own it’s that man!

The fear of course is that Moyes will perhaps invest his faith in giving Tom Cleverley his chance to be a mainstay next season with the retirement of Scholes instead of investing money in Thiago. I doubt Cleverley will take the chance in the way Evra or Rafael have done.

It could be the case even that the lack of competition could in fact finally prove young Tom isn’t up to the job and finally see money spent on another central midfielder. It may give the opportunity for youth players to step up like Januzaj and Henriquez. You wonder as well just how much longer Phil Jones can be shuffled around the team, used to plug gaps, held back from his most natural position. Until players are given 10-15 games to make a position their own, we will never truly know how good they are. We will also keep wondering what exactly United’s strongest line-up is.

Competition doesn’t necessarily see the strongest survive, there is still a case for throwing players in at the deep end and finding out if they are good enough to wear the shirt then consistent enough to keep hold of it.

One response to “Moyes era may see end to ‘unhealthy competition’”