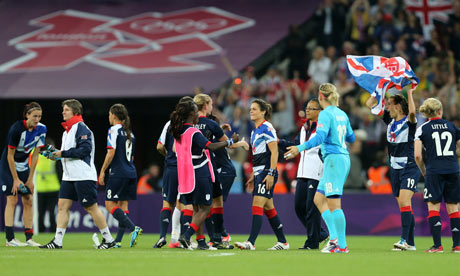 City and other rivals all have their women’s team established, but Manchester United have none. A retired teacher from Northenden has launched a petition to encourage the club to set up a team – and compete against the likes of Arsenal.

The petition has 1,680 supporters but needs another 820 people to sign up. Graham Pheby, who is behind the movement, believes United are conspicuously absent from the fast developing phenomenon of women’s football and that’s an issue that needs solving.

“I am a lifelong Manchester United fan and I think it’s time they had a women’s team,” he said.

“Manchester United FC are conspicuously absent from the fast developing phenomenon of women’s football. Liverpool, Arsenal, Chelsea, Everton and Man City all support the women’s game with teams in the Women’s Super League. Now FC United of Manchester even with their limited resources, have a women’s team!

“The Man United brand has the largest female fan base in the UK and worldwide and women’s/girls’ football is the fastest growing sport worldwide. The establishment of a Man U women’s team would make a positive contribution to raising the profile and kudos of female participation worldwide.

“David Moyes recently took over as Manager of Man United. When he was manager at Everton he introduced a women’s team. This is the perfect time to ask him to do the same at Man United.

2 responses to “[Petition] Establish a women’s team at United”