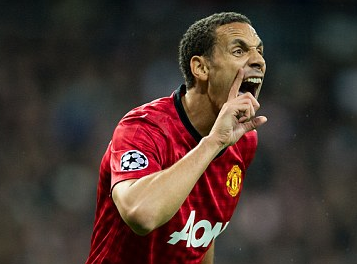 Rio Ferdinand has revealed that he has had plenty of offers to leave Manchester United but has never listened to any since joining from Leeds in 2002. With that the defender has warned Wayne Rooney against the idea because it’s a downhill battle after leaving a club of United’s superiority.

The former England international, who recently signed a one-year contract extension at United, pointed to Cristiano Ronaldo as evidence that the grass is not always greener. That isn’t to say Ronaldo has not excelled in Spain, he’s just failed to win as much as he did at Old Trafford.

“I don’t see where you go better from here,” Ferdinand said. “For instance, Cristiano has been ridiculous as a football player individually, but has he won more trophies since leaving than what we’ve won? That’s the way I look at it. I wouldn’t say that he shouldn’t have gone there; it was his dream to go there, so you have to respect that. But I just look at things in a black and white way: I want to win trophies so why would I leave here?

“Who am I going to go to who is going to win more trophies than us? Obviously you could say that Barcelona have won more trophies but I’m in my country where I’m from, and you’re proud when you win the league in your country.

“I’ve had loads of offers over the years to go to other football clubs but I’ve never really wanted to go anywhere. I came to Man United for one simple reason and that was to win trophies, so I could retire and say how many trophies I’ve won and look back and say I’ve made a success of my career. That’s all you do, and I’m sure most young players, or players in their prime, when they’re asked to come to Manchester United, that should be the question they ask themselves: ‘Have I got a chance to win?’ Do you want to be part of that history of the club? Normally the answer is yes.”

Asked about the Rooney situation, he replied: “I think when someone is at your club who has been there for the length of time he’s been there – I think this is his ninth season, so he’s more than clued up to understand the dynamics of the club and what goes on at the club, and so he’s mature enough now and old enough to make his own mind up.”