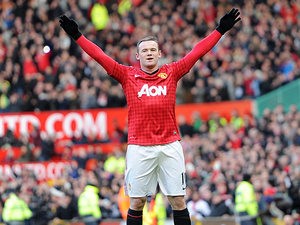 Bryan Robson believes the fans will “forgive” Wayne Rooney if the striker decides to stay at Old Trafford.

The England international has been linked with a move to Arsenal, Chelsea, PSG and Real Madrid since Sir Alex Ferguson let it be known that the player had requested to be sold for the second time in three years.

David Moyes tackled the situation in front of the press on Friday and made it clear that Rooney would not be sold. Although when asked if Rooney wanted to stay, the new Manchester United manager dodged the question and spoke about how well the player has trained since returning from his summer break.

There is, however, a number of fans that still hold the episode from October 2010 against Wayne and want him out. His fitness has been questioned down the years but during Moyes’ first press confernce, club captain Nemanja Vidic said: “Wayne is in the best shape I have seen him in the last five years, I haven’t talked to Wayne about his future but I have seen him train extremely well over the last few days and am looking forward to him playing for the club and playing his best.”

Robson, who made 461 appearances for United, bizarrely compared the situation to when Rooney was sent off during England’s World Cup quarter-final against Portugal in 2006. Bizarre because we loved it when Cristiano Ronaldo gave that little wink. We even sang about it on the terraces.

“After two games, Ronaldo was playing fantastically when he came back to Old Trafford. Everybody forgot about it and everybody loved Ronaldo,” said Robson.

“And I think that’s the scenario for Wayne.”

I think Captain Marvel’s opinion here brings up a similar argument to fans not understanding decisions some players make in their careers. As much of a legend Robson is, he has no idea what the fans think.

Rooney wanting to leave for a second time in three years is a clear indication of how the player feels. Get it sorted as soon as possible, Moyes. If he doesn’t want to stay, ship him out.

6 responses to “Will fans forgive Rooney?”