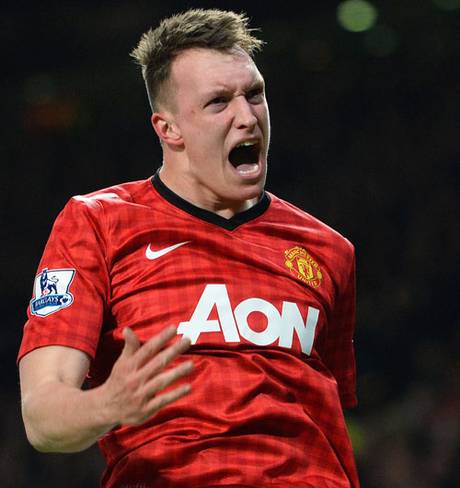 The ability to be better than Cristiano Ronaldo, George Best, Ryan Giggs and Roy Keane is a task that many are not up to the challenge for. At 21, Phil Jones last season was hailed by Sir Alex that he had the potential to be United’s “best ever player” should he continue onwards with his fine development. But, were Fergie’s statements a bit tainted by his old age, and a bit of champagne to go along with it? With the euphoria in the United camp at an all-time high during Sir Alex’s statements, Reds supporters can certainly understand the far-stretched statement (via MUTV):

“The player he is looking, he could be our best ever player. He may be one of the best players we have ever had, no matter where we play him. At 21 years of age, he is going to be a phenomenal player. He can play anywhere on the pitch. He has such a massive influence, with his instinct and reading of the game/  He has a drive about him.”

The aforementioned statement by Ferguson indicate the trust he had in Jones – a trust that David Moyes must also keep close to his heart. In the 2012/13 campaign having made only 14 appearances in the Premier League and three in the Champions League, the statement may not match up quite readily with the playing time he was allotted. With struggles occurring to enter the starting XI but forth by Ferguson, Jones continued his fine development when he was called upon. One of his best performances came against Real Madrid in the Champions League alongside Michael Carrick, where the 21-year-old retained possession brilliantly and played on both sides of the ball. His willingness to run and throw his body into the challenge is an admirable trait – not to mention how wonderful he broke down against former United star Ronaldo and Madrid’s other goal-scorer in Karim Benzema.

When I think Phil Jones, I think future captain of United. As Nemanja Vidic’s playing career nears its end within the next few seasons, Jones could fit in exceptionally well with the system that Moyes employs. The Reds play may not be as visually appealing at times in the beginning of Moyes’ career with Manchester United, but expect the Scot to count on Jones to uphold a tough line whether it be in the midfield or center of defense. The gritty performances that Jones does put forth can offer additional support to a veteran back line of Rio Ferdinand and Vidic whom could be replaced by the much younger Chris Smalling and Johnny Evans at any time. Along with his tireless effort in the middle of the park, Jones also reminds me of John O’Shea. When called upon, neither complain where the manager places them on the pitch, and immediately look forward to helping their squad as best as they possibly can. Versatility is one of the best traits to have in football and with the ability to defend and jump start an attack, Jones will likely be an important piece to building another title winning season.

Call him what you’d like –
A scoundrel, a waste, a great in disguise
Full of venom, and passion
Chalk full of wisdom and surprise.

Phil Jones is the name,
And a unique face or two
As he challenges for the ball
Ever so convincingly –
A Red through and through.

But where to place this man, is a mystery –
In the center of the park alongside Shinji?
Or with Evans in the center of defense,
Primed and ready for history.

Praised by Fergie,
At the young age of 21,
The next United legend,
When all is said and done.

Maturity of the Best,
Tactically aware as the rest
Jones lifts the EPL trophy with ease,
With a champagne bottle to rest his needs.

Fueling the midfield, and defense alike –
The Englishman offers De Gea much needed respite.
Primed and ready for EPL title number 21,
The making of a legend, has just begun.

3 responses to “The ballad of Phil Jones”