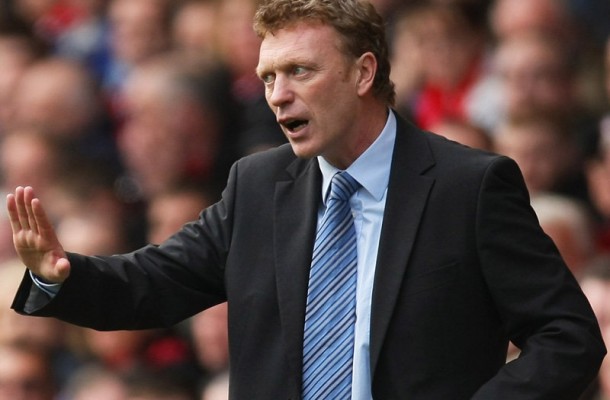 Now I’m no future teller; however, something deep in my gut tells me that David Moyes has what it takes to continue to lead Manchester United in the right direction. Say what you’d like about Moyes having not won any silverware with Everton during his managerial career, but in reality he’s ideal for the Reds position. First and foremost, how on earth can we even question his appointment when Sir Alex Ferguson himself admitted his high praise for Moyes as successor of Old Trafford.

Let’s get down to business – with Steve Round (Assistant Manager), Chris Woods (goalkeeping coach), and Jimmy Lunmsden (First Team Coach) all joining Moyes at Manchester United, how on earth are they going to replicate similar success that previous trio Mike Phelan, Eric Steele, and Rene Meulensteen put forth every season? The Scot spoke about his new management team and told MUTV:

“They bring great qualities in their respective field and I know that, like me, they feel this is a challenge to relish. I have great faith that together, we can build upon the success this club has enjoyed over many years.”

Some will argue that United need stability in terms of their front office staff; however, Moyes is doing what he feels is best for him, and the club moving forward. I, for one, am especially going to miss Meulensteen as his training philosophy was absolutely brilliant but, that’s for another day. And yes, let City have a jab at Moyes, who hasn’t won a major trophy during his time at Everton, but to speak down upon the new manager is a load of cack. The nonsense that comes out of the mouths of entitled fans whom think that titles are bought by oil companies larger than eyes can see – certainly know nothing about football.

Entering his inaugural season with the Reds, the ticket to success is Moyes’ confidence both with the media and players in his squad. Although some may argue that the current makeup of the Reds squad is a bit elderly, referring to Nemanja Vidic, Rio Ferdinand, Robin van Persie, and Patrice Evra to name a few, more often than not the average football fan neglects to consider what Moyes has at his fingertips. Alexander Buttner, Fabio da Silva, Johnny Evans and Phil Jones are prime examples of the defensive youth who Moyes will be hard-pressed to give regular minutes this upcoming Premier League and European season.

On a more serious note, although Sir Alex Ferguson chose David Moyes over myself (it was a close call mind you) to take over at Old Trafford – my philosophy still holds true. If you’re going to sign a younger footballer, you’ve got to give him quality minutes in the first team to establish some sort of a rhythm. Fabio was no super-star with Queens Park Rangers, and Buttner maybe did enough to impress in his five Premier League appearances but, in order for the youngsters to adapt to the English game, Moyes has to instill trust in the squad, from number one on the team sheet, to the very last man on the roster. Just as the players must work their tails off to gain support from their manager, the same expectations will be coming from the United players to their manager in hopes he can rival the success of Ferguson. A tough act to follow, but I firmly believe he can make the position with Manchester United his own.

In football we know that one thing is for certain, that no one is bigger than the club – well maybe besides Sir Alex, of course. First order of business for Moyes is to address the Wayne Rooney situation head on, and establish a clean-cut distinction over the Englishman’s future with the Reds. Is Moyes going to give into Rooney and allow him to feature up top in his desired position thus taking a bit of space away from Robin van Persie, or will he remain stern behind Fergie’s midfield positioning of Rooney? And with transfer rumors hitting fever pitch, if Rooney is to leave the nest and search for “greener” pastures, it better not be in the Premier League. Unfortunately for the Scot he’s left to resolve the issue – and even more unfortunate news is that he’s damned if he does and damned if he doesn’t.

The three-time LMA Manager of the Year must come into United looking at the glass-half-full. With plenty of wiggle room in his spending budget now that he’s joined a storied club, bringing in a few offensive signings to round out an already potent attack would be ideal. Let’s not even get started on the Marouane Fellaini rumors as he could be United’s big ticket towards replicating last seasons triumph yet, for now we’ve got the rely on Michael Carrick and Tom Cleverley.

Moreover, is Moyes’ first season at the helm going to be determined by wins and losses or by him hopefully retaining at least one trophy from his freshman season with United.  Former United midfielder Ray Wilkins, told Sky Sports:

“Everyone has to understand that there will be new players coming in and players will go out and David will have to put his imprint upon Manchester United […]  But if he can win a cup this season – or even the Premier League  – I think the supporters will say ‘good first season, lets crack on.'”

Would we rather a 21st Premier League crown, or a Champions League medal on the necks of our beloved players? For one, I’d love to see United topple City and the rest of the Premier League just as they’ve done under Fergie’s final season; however, after the heart-wrenching defeat to Real Madrid in this years Champions League competition – Moyes could start out on a positive note by retaining the coveted title of best in Europe.

What could be the biggest factor that controls Moyes’ success that absolutely is out of the hands of Moyes is the support from the Manchester United faithful. Just as Sir Alex struggled from time to time, Moyes will without question also stumble upon a few of those moments as well. I cannot promise you it will be all roses and happiness with United this season and there will be periods of ugly football but, it’s nothing United haven’t overcome before. In the end, every club plays tedious and boring football at times – but not nearly as atrocious as the new 2013/14 Liverpool kits are.  Too harsh – I digress. In order to urge the newly appointed manager on, we’ve got to hold our personal bashes or chants that Chelsea so quickly took to this past season with Rafa Benitez, and urge Moyes on from every direction both in Old Trafford and beyond.