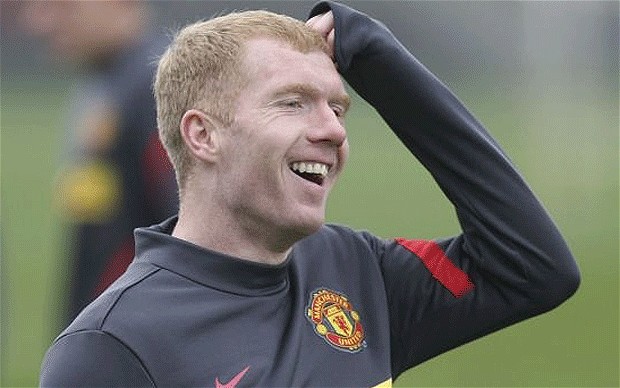 After appointing Phil Neville and Ryan Giggs as coaches, David Moyes revealed in his first press conference as Manchester United manager that he also asked Paul Scholes whether he would be interested.

Following the appointments of Steve Round, Jimmy Lumsden and Chris Woods plenty of reds were sceptical having saw Eric Steele and Rene Meulensteen leaving. It was also made clear in Moyes’ press conference that they were asked to stay working within the club but decided to move on.

However, speaking to the press, Moyes did hint of a future job for Scholes, who is keen to help out once he’s had a short break from football.

“I wanted to make sure I had connections to what happened here,” David explained. “I spoke to Paul Scholes as well. He wants to have some time off with his family.

“I also spoke with Rene [Meulensteen] but he wanted to move on. So then the obvious choice was Ryan. He’s an incredible footballer. To get him and Phil Neville together…I wanted to make sure I had some young members of staff behind me as well.”

Expanding on his conversation with Scholes, he added: “Paul was fantastic with me and wanted to help a lot. I probably spent an hour or two on the phone with him. He wants to spend time with his family at the moment. We’ll bring him in when he’s ready.”