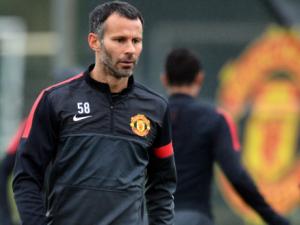 In the United States July 4th brings Americans a sense of pride in their country – and on July 4th, 2013 in England, Manchester United have one upped the Americans. David Moyes may have made the single-best decision to date in his managerial career by appointing Ryan Giggs as the official player-coach of Manchester United. Along with Giggs’ promotion to player-coach, former United and Everton defender Phil Neville was appointed first-team coach.

With Giggs’ one year contract set to expire in June 2014 after the conclusion of his 23rd season with Manchester United, it remains uncertain whether or not the 39-year-old will return for another season, as a player. 13 Premier League titles to his name, the midfielder could call it quits after what will be a gruelling Premier League and European campaign as both a player and coach, but I fully expect the Welshman to relish in his new role. Currently set to acquire his top-level UEFA Pro License next year, we may be seeing Giggs join the United staff on a permanent basis or see his managerial career begin elsewhere, only to return to Old Trafford down the line.

As for his former United teammate Phil Neville, his appointment as first team coach adds even more history to the club. A Red great during his time with the club from Manchester, brings years of experience to the table. Relatively young in his coaching career, Neville currently holds a UEFA B License where he recently helped Stuart Pearce with the England Under 21’s. With a brilliant career behind him, Neville will team up well with Giggs as both have above average understanding of football, and especially with the in’s and outs of Manchester United. Both long-time Reds understand what it means to put on the United kit every match, and to wear it with the utmost pride on a daily basis.

Simply put, Giggs is football. The former Wales skipper who goes down in my book as the best player to never appear in a World Cup (Gareth Bale could take that title in the years to come) and has a few years left in those legs of his – should he so choose. Giggsy could easily propel his football career into his early to mid-forties because of his true adaptation as a player. But, a more realistic approach for Giggs may be to call it quits after this upcoming campaign, and if Manchester United can secure another Premier League crown or even crown themselves Champions of Europe, it may make it a bit easier for the aging midfielder to step aside.

Until then, it’s full steam ahead for Ryan Giggs. The positive statements by both he and Moyes indicate a budding partnership that will likely draw the manager and players closer together during what may be the most crucial season in United’s recent history. As Ferguson has stepped aside but surely lurks in the shadows, Moyes’ first great decision of his young managerial career with United is the appointment of both Giggs and Phil Neville. Moyes indicated (via ManUtd.com):

“His [Giggs] success and ability to adapt his game over a number of years gives him an unrivalled perspective on the modern game […] His career is an example to any aspiring young player and I’m sure that both he and the players will benefit from his new role.”

The new found role that Giggs is about to undertake is no small task either, especially with the Wayne Rooney saga having Reds supporters chomping at the bit. It certainly wouldn’t be a surprise if Giggs sits in during the meeting between Moyes and Rooney as the Englishman makes his plea – to leave or to go, is still up in the air. However, Giggs will provide the no-nonsense approach and likely tell Rooney how it is: either stay and shut the mouth, or leave. Although many would like for Rooney to stay with United, the unsettling nature of his transfer request still looms over our heads.

The story surrounding Rooney continues to grow a bit more every day – not as much as his new hair, but you get the point. Putting a United main-stay in charge as a player-coach gives Giggs even more responsibility to chew player’s ears out, and to provide praise when necessary. As he walks a fine line now between friend and coach, Manchester United is truly in for a special season ahead.

History has a way of repeating itself – and down the line I wouldn’t be surprised to see David Moyes step aside from United and allow Ryan Giggs to take the reins.

One response to “Giggs appointed as player-coach”