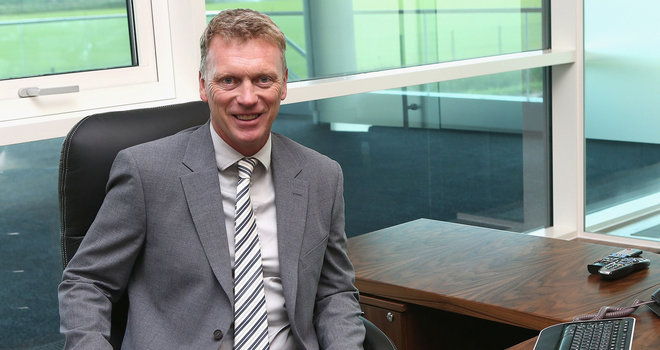 And so it begins.

With a stroll around his new office and a few announcements regarding a new backroom staff, David Moyes has got United supporters talking.

He’s done nothing more than confirm the inevitable with the appointments of Steve Round, Chris Woods and Jimmy Lumsden but it has already raised a few eyebrows. Why? Because United supporters have been so use to the familiarity of the coaching staff and ‘lieutenants’ that we immediately see ‘new’ and think ‘bad’?

There was always going to be change. United could have taken the Barcelona approach and appointed Ryan Giggs at the end of last term and just kept everything the same but they didn’t. A trust has been given to Moyes that he can manage the club in his own way. It isn’t a case of carry on the good work, instead it is a situation where Moyes is looking to improve the squad and the club and he believes, obviously, that new faces are needed.

Sir Alex urged supporters to get behind the new manager and he has decided that Rene and Phelan have done all they can. This isn’t a pub landlord bringing in his mates to work the bar because it will make Saturday’s more of a laugh. These are appointments made based on the notion that they are better coaches than those they have replaced. As experienced? Perhaps not. As good? We certainly hope so.

It remains to be seen whether there will be another addition to the staff. Phil Neville would be a sensible choice. A way of having a link to the traditions of United and being very well known to Moyes. I doubt Ryan Giggs will be given a promotion to player coach just yet. If things started to go wrong next season, you could imagine the call for Giggsy to sort it out (you can hear the chant already). I doubt there would be such a clamber for Our Phil to rescue us should we be 10 points off the pace in November. It would be a brave choice to have Giggs in such a role considering for some time he has been considered a future manager.

If no one else is appointed to assist Moyes, is it a big problem? No. Because for all the tantrums about the upheaval and not seeing Phelan’s shorts next season, have we ever really been bothered by assistants? In recent years, Rene and Phelan have been a constant but this hasn’t always been the case under Fergie.

Archie Knox, Brian Kidd, Steve McClaren, Jim Ryan, Carlos Quiroz, Walter Smith. They have all been faces in the dug out for a time. It is the manager who dictates the team’s style and performance. Whoever sits next to him should not be overstated purely because we haven’t heard of them before. I can remember the questions raised when Phelan was first promoted. Those were soon answered once the team was winning trophies.

And therein lies the truth behind whether this will be a good move by Moyes or a move too far. If United win, it will be an achievement of the whole club. If it fails, it will be because of the failure of Moyes and his merry men. Until such a failure happens, let’s remember the speech made by Sir Alex and the call to back the manager. By giving our backing to him, we are trusting his judgement of his backroom staff.