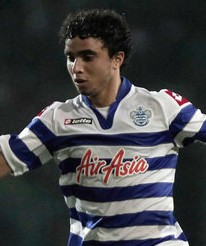 The summer has already begun to take Manchester United and their fans for a whirlwind of a ride. With numerous speculations surrounding whom United will sign under David Moyes continue to arise. So who will Moyes’ blockbuster signing be this transfer window? Reports have indicated that Manchester United have already seen a bid rejected from Everton FC as the Toffees seem poised to let go of Leighton Baines – for the right price. The 28-year-old seems highly sought after by his former Everton manager, and if the Englishman is to find his way to Old Trafford this summer, who earns the number one spot at left-back? As Patrice Evra seems to have made claims to the left-back spot in the past seasons, Baines would likely come in and challenge the aging Frenchman for the starting job effective immediately.

Although Evra provides stability and plenty of experience with the United crest along his chest, Baines understands the system in which Moyes strives towards. Yet, the questions of who receives the left-back job is, at this moment, completely up in the air with Fabio da Silva’s return from his loan spell with Queens Park Rangers and the young Dutchman Alexander Buttner both searching for regular minutes.

In the next few years or so, Manchester United’s defensive unit may be breaking apart – but with brilliant replacements in the balance. As Nemanja Vidic and Rio Ferdinand enter the latter stages of their career along with left-back Patrice Evra, Manchester United will need to search for the future journeymen to solidify themselves moving forward. Johnny Evans and Chris Smalling could be primed to handle matters in central defense while the two short-statured Brazilians have a promising future with the Reds. Rafael da Silva was arguably one of the most consistent defenders last season under Sir Alex Ferguson while his brother, Fabio, was loaned out to Queens Park Rangers where he developed as a footballer fairly well. So where does David Moyes look to holding down the wing back positions for years to come? None other than Rafael and Fabio who both proved, one more than the other, that although life in the Premier League is extremely difficult to manage that both are completely capable of handling matters on their own.

Where would we rank Fabio da Silva in Moyes’ scheme this upcoming term? The Brazilian may fall to the bottom of the totem pole as he did not truly make a big splash with QPR; however, in all fairness QPR did not make a real statement in any position other than a possible exception to Julio Cesar. In the grand scheme of Fabio’s career, his loans spell away from his brother Rafael was one of the bees things that could have ever happened to him. Although Rafael’s talent is ranked high above that of his twin, the bit of separation allowed Fabio to grow as a more independent defenseman. Of course, being a Brazilian naturally brings Fabio into a more attacking minded approach which could benefit United as Rafael has done so well with at right-back.

Fabio does deserve a chance in the starting XI, but I certainly would not give it to him against the likes of Chelsea, Arsenal, Manchester City, or Tottenham. The Brazilian left-back is at times too tentative in his tackling and lacks the recovery speed necessary if he’s beaten in an individual battle. However, the youngster has come leaps and bounds since his arrival at Old Trafford and the future could hold plenty of promise for him – maybe just not with Manchester United. As much as I’d like to see him succeed, at the current moment I’d put Evra, and the possible signing of Baines ahead of Fabio at left-back. The ranking previously aforementioned does not indicate my “trust” per say in Fabio at all as I believe he is fully capable of handling his duties well but, he is not as far in his development than the others who will challenge for the starting job.

We now shift our attention to Manchester United’s August 2012 signing of Buttner who joined United on a five-year contract. At just 24, he recorded two goals in his five appearances for United during the 2012/13 season, but was unable to overcome Evra for the starting position. Although Buttner is primarily a left-back, he also has the ability to feature on the left wing – and as Ryan Giggs continues to age, and Ashley Young failed to make the position his own, he may be pushed into the wide midfield. Realistically, as it stands right now Buttner would probably still be seen as Evra’s understudy.

A debut goal and assist against Wigan Athletic sure gave United fans a hopeful attitude towards the future of the Dutchman with the Reds. But, as Buttner succeeded in the little amount of time he was on the pitch for United, he almost did not stay. The left-back felt an immense sense of homesickness where he actually contemplated leaving the English giants to head back to Holland. The 24-year-old told MUTV that “I am a fighter. But I had been on my own, I’d have got on a plane back to Holland a long time ago.” So, a special thanks to his girlfriend and brother for being with him every step of the way, allowing him to feel a bit more comfortable in England. In your mind, would anyone have truly missed him, if he hopped on a plane back to Holland? I’ll leave my answer candid.

Sir Alex wouldn’t have brought Buttner to the Theatre of Dreams if he didn’t believe in his ability. With a good motor in those young legs and a high football IQ, Buttner could be the future replacement when Evra decides to call it quite. Comparing him to Evra would be a disservice to the Frenchman as he’s taken the Premier League by storm at his left-back position, but each players’ qualities are oddly similar. For one, both Evra and Buttner love to get forward and both are equally as capable to tallying a handful of goals during the course of a season. The boyish face and unique hairstyle also provides stellar crosses and as he gets forward, is fully capable of brilliant pieces of skill. Against West Ham this past season, Buttner maneuvered his way up the pitch and found himself playing telling crosses into the box on numerous occasions, even hitting the post.

Much like Evra was during his younger years, Buttner’s defensive duties are still raw. Years prior, Evra would venture forward and take his time recovering back on defense (much like Buttner does now) and must be addressed immediately by Moyes should he give the Dutchman additional minutes this season. There is absolutely nothing wrong with a defenseman getting into the attack; the real problem is when there are voids left in the back line especially alongside the flanks. Will his left-footed wonder find his way into Moyes’ starting XI more often than under Sir Alex Ferguson? I’d like to hope so, but if Baines is to accompany United in 2013/14 then we may very well see Buttner fall to third fiddle behind Baines and Evra.

4 responses to “What does the future hold for United at left back? Fabio or Buttner…”