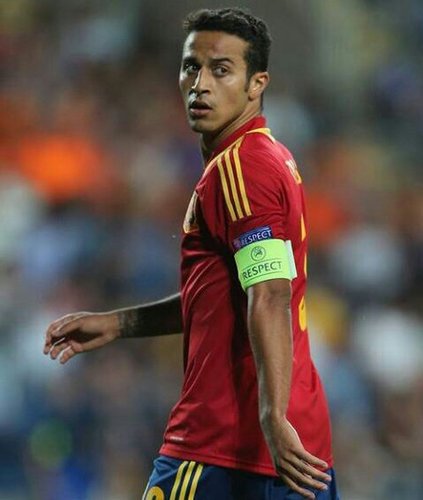 When Thiago Alcantara updated his Instagram Saturday night, some felt he single handedly dashed Manchester United’s hopes of signing him.

The 23-year-old has been heavily linked with United this summer, with personal terms already agreed, but further developments have hit a standstill thanks to Barcelona who are in no rush to let the midfielder leave.

Barcelona want Thiago to stay but cannot guarantee the playing time he wants. The 2014 World Cup in Brazil is an aim of his and the young Spanish midfielder reckons becoming a regular starter somewhere will grant him that wish.

This week Barcelona offered his brother Rafinha a new contract which was accepted, keeping him at the Nou Camp until 2016. Thiago responds days later with a picture, alongside his brother sitting poolside, captioned: I <3 Barcelona 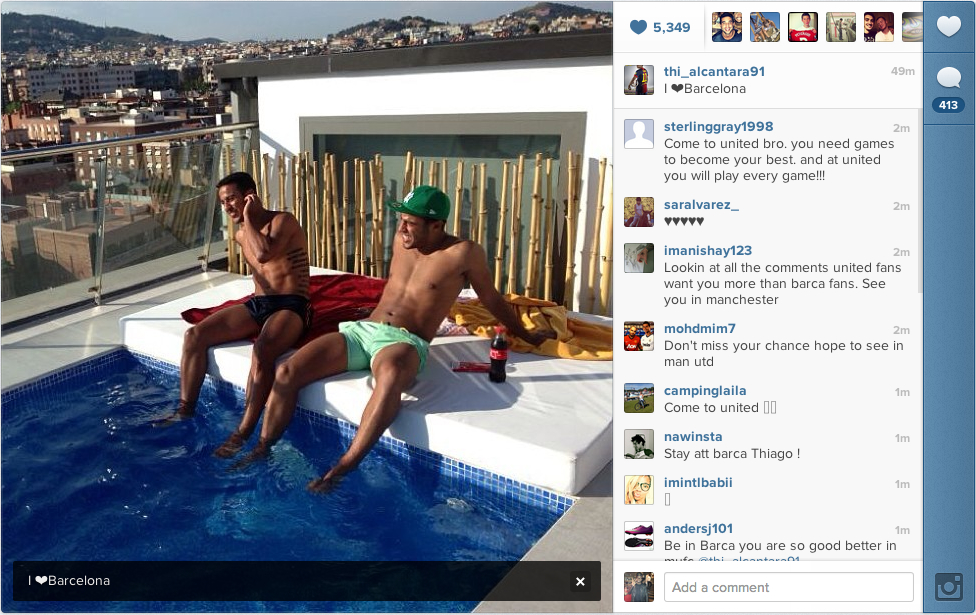 It’s not something I think is worth reading into. If he posted a picture of Barcelona’s club crest with the same caption, then I would call it a day and look elsewhere for another midfielder.

All in all though, this has been an incredibly annoying transfer saga. Hopefully we’ll know what his future holds in the coming days.