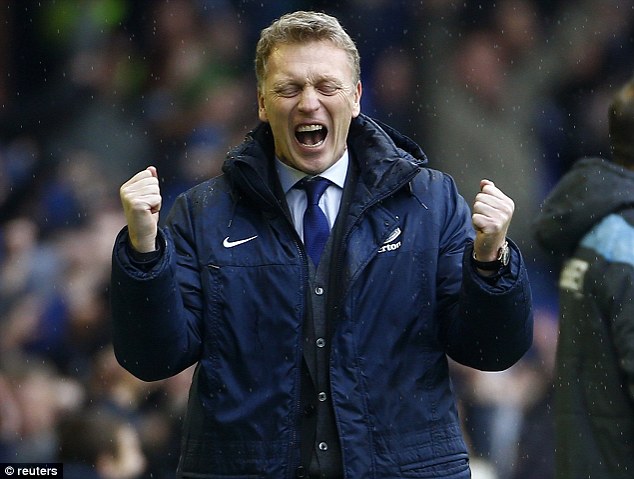 There was unnecessary prudence in the quest for silverware and European football eventually became a redundancy, but there is no mistaking the impact of David Moyes in his time at Everton. The club had a one-way ticket to the Football League when he accepted the job in March 2002.

On an annual net-spend of less than £1 million, the manager utilised meagre funds to their fullest as Everton went from the depths of the Premier League to European challengers. There is no disputing the positive imprint left behind; few could begrudge Moyes taking the Manchester United job.

Joining a side capable of matching his own fierce ambitions, a trait often lacking within the Everton hierarchy, the new Old Trafford boss has earned the chance to test his mettle at the top of the Premier League tree.

There will be those rejoicing at the departure of Moyes since the same irritating flaws prevailed throughout his tenure. To achieve success at United, the inability to win away at the original Top 4, the reactive managerial style and the insistence on eleven players back to defend a corner must not prevail.

However, the positives outweigh the negatives; United are inheriting one of the transfer market’s shrewdest operators. Moyes unearthed several gems at Goodison, the talented trio of Mikel Arteta, Tim Cahill and Steven Pienaar arrived for less than £6 million. The more recent acquisitions of Seamus Coleman and – a man thriving at Goodison – Darron Gibson are further testament to an ability to find quality on tight resources.

Nevertheless, certain doubts linger on the monetary front. Moyes has mastered the art of shopping in the bargain bucket, but the big-money buys remain questionable. Several larger purchases floundered, Diniyar Bilyaletdinov, James Beattie, Yakubu and Andy Johnson to name but a few.

It is noticeable that three of those four failures are forwards; Goodison Park has earned the tag of a centre forward graveyard in recent times. After initial success, the goals dried up for the strikers at Everton; some allied this to the gruelling work ethic required under Moyes.

Also on the transfer front, be wary of Dutch wingers. Moyes signed two for Everton, Andy van der Meyde and Royston Drenthe; they were notorious for their off-the-pitch antics rather than their football.

Transfer talk would not be complete without mentioning Per Kroldrup. The Danish centre back arrived for £5 million in 2005 and his Everton career comprised of one league appearance, with the Dane shipped out at the end of the season; his move an unmitigated disaster.

Moyes will have the added finances to dispel any recruitment doubts at United, yet there are traits to iron out first; squad use being one of the more pertinent ones. Everton lack depth, that is no secret, but there was an unwillingness to trust fringe players.

Moyes cannot afford to make the same mistake at Old Trafford given the increase in fixtures facing his new charges. Key members of the Everton side became fatigued, due to the lack of rotation, and struggled for form in the closing months of the campaign.

This lack of trust also ties in with the notion that Moyes bloods younger players. During his eleven years at the club, Wayne Rooney aside, youngsters featured only as a last resort. The immediate success of Rooney gave birth to this fallacy; Rooney was the exception, not the rule.

Tactically, given the winning philosophy ingrained on the United psyche, Moyes must also attend to his reactive nature. The other side of the admirable attention to detail, in terms of the strengths of opposing sides, was the visibly cautious approach away from home against the top teams.

Supporters could set a clock to substitutions; changes scarcely arrived before the seventieth minute and they felt rehearsed when they did, made out of habit rather than an assessment of the match unfolding.

Another area of interest is the media side of the job. Pragmatic to a fault in his approach, there was a distinct safety-first approach when it came to targets for the season and pre-match thoughts. One prominent example witnessed Moyes compare an upcoming trip to the Etihad as comparable with taking a knife to a gunfight.

Such comments did not still well with supporters, especially those keen to see Everton return to the upper echelons of the league. While often to the point on media duty, there is the other side of dealing with people – the man-management of the players. Coaxing every ounce of effort from his players on a regular basis, Moyes excelled on this front.

This step up may prove to be a simple transition; Moyes has the potential to thrive given the increase in quality, strength in depth and finances available. However, to do so, it is imperative that Moyes overcomes those cautious tendencies at a club expected to challenge for success on numerous fronts.

Luke O’Farrell is an Everton fan that regularly contributes to ESPN.