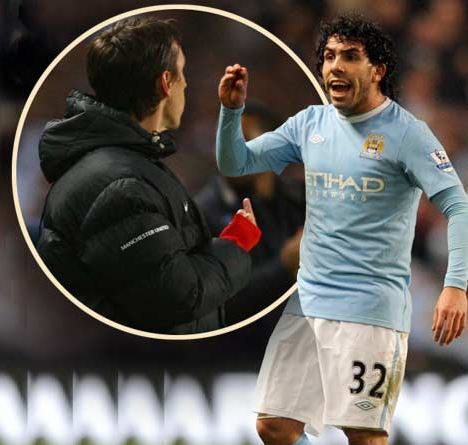 It is four years since Carlos Tevez left Manchester United for City, and Juventus confirmed Wednesday that the Argentine was on his way to Turin to agree personal terms before completing a move.

When mentioning Tevez many Reds immediately jump to the lies, disrespect and chaos he caused throughout his seven years in England. Nobody, however, can deny the talent and quality he showcased. And despite winning twice as many trophies at United as he did with City, Tevez captained them to their first FA Cup in 43 years.

Tevez always had a bulldog like approach on the pitch, but off it he was a troll. Trouble followed him everywhere in England, starting in London with West Ham when a Premier League inquiry which should have brought the club relegation but instead cost them over £25million. That dodgy episode involved Javier Mascherano too.

When his time at Old Trafford was near an end talks sparked about a contract. Fans urged the club to offer Tevez an extension by chanting “Fergie sign him up.” The boss looked into it but when large sums of money was put on the table he opted out. Ferguson did not believe Tevez was worth the trouble, and given the amount of stick/money he cost City, he was right.

Becoming the poster boy for City’s pathetic ‘Welcome to Manchester’ advert campaign shortly after joining, United fans began to see his true motivations. And it wasn’t long before it kicked off there either. Following a bust up with former manager Roberto Mancini, Tevez went on leave for five months in protest for refusing to warm-up during a Champions League fixture in Munich. Mancini, in Tevez’ eyes, treated him “like a dog” when it was Tevez that showed up his manager.

On top of all that, there was more. Varying from a transfer request, whispers over how much City really paid for his signature, a bust up with Gary Neville and, of course, a 250-hour community service order for driving offences.

At United, though, Tevez was an instant hero and we cannot deny that. Two Premier League titles and a Champions League (Double in 2008) should never be ignored, but it’s nobodies fault but his own that fans feel firmly negative.

So, I’ll leave it here. No longer lurking the streets of Manchester, Tevez has packed his bags for Turin. Ferguson didn’t think so and neither do I. Tevez was not worth the trouble.