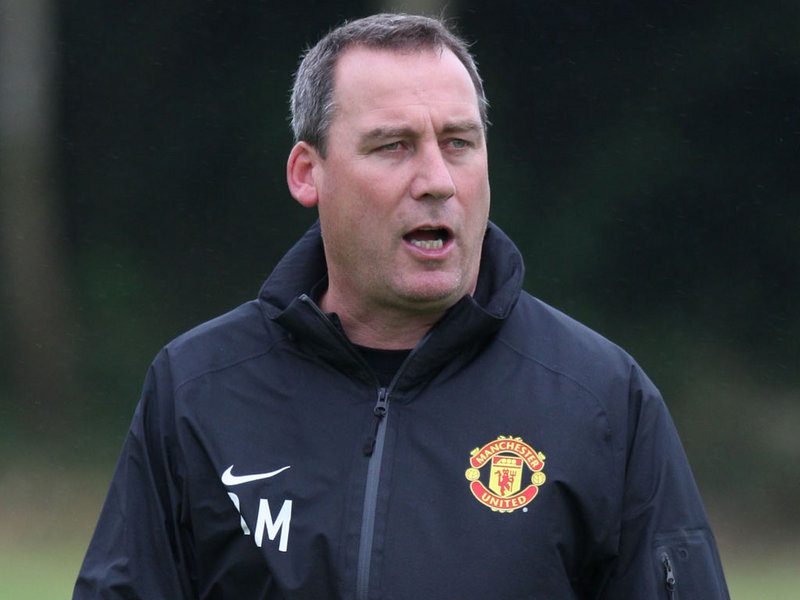 For those of us who are advocates of consistency, this summer has been torrid for United fans used to the protective bubble that Sir Alex Ferguson provided.

First of all, the godfather himself shockingly and surprisingly sprung his retirement upon us, it’s fair to say that no-one was expecting such a radical announcement.

As a consequence of the bombshell, trusted assistant Mike Phelan and goalkeeper coach Eric Steele, who can be acknowledged for overseeing the astonishing improvement in David De Gea, both followed Ferguson out of the Old Trafford doors and said their emotional goodbyes.

Both Phelan and Steele contributed greatly to much of our success, but earlier the club announced that David Moyes had also relieved the highly revered and much acclaimed Rene Meulensteen of his duties.

Even since Moyes was announced as Ferguson’s successor, there was much debate and uncertainty regarding the Dutchman’s future. There were widespread reports that Meulensteen had become the latest member of staff to depart, he subsequently quashed those rumours- stating in the process that he was still in his job unless told otherwise.

This gave United fans hope that David Moyes would at least maintain some level of continuity and status quo. However, with Meulensteen’s unpopular departure now confirmed, all of the Ferguson brain trust and his loyal lieutenants have been jettisoned as a new era begins.

Understandably, David Moyes has the right to stamp his authority on Ferguson’s title winners- it is now his team. However, the skepticism surrounding Moyes taking all his dependables from Goodison Park is justified.

Of course, Moyes’ trust in his staff is unconditional, their formula has been the cornerstone of much of Everton’s success, which has seen them become the best team on Merseyside- can’t beat a cheap dig at the Kopites.

The major qualm concerning Moyes’ personnel is their lack of inherent United beliefs. Their recipe for success has been converting a mid-table side to contenders for European places. The pressures and rigours of a title sprint, handling so-called bigger egos and the expectancy of winning on a weekly basis are quite alien concepts to them.

The beliefs and philosophies that have made Manchester United the unrelenting juggernaut that they are today will need to be taught to Moyes’ assistants- it will be a drawn-out learning process. The United DNA is not ingrained in their makeup yet.

Which is why it beggars belief that Meulensteen was not retained.

In estranged surroundings, Moyes would have been better off entrusting a renowned United man who knew the ins and outs of the club,  someone whose influence has been untold and someone who could guide the new man through his first steps in Ferguson’s big shoes. Meulensteen fits that bill down to a tee.

Longevity has got to be the buzzword which you associate with our unparalleled success. Sir Alex said himself that he was truly humbled to have had the support of the board and fans in difficult times. The knives were being sharpened and the sharks were circling early in Ferguson’s reign, but that sticking power and durability were vital components in the quest for sustained success.

United traditions and customs have been upheld with Nicky Butt, Paul Scholes and Ryan Giggs all due to play a key role in the nurturing of the stars of tomorrow in the coming years, but this was also an area in which Meulensteen thrived in, this enabled the youngsters to feel at ease around the bigger names with Meuelensteen overseeing their development- he was this calming influence that never hogged or sought the limelight.

Meulensteen was subject to high praise from the players who were very fond of his training methods, not least Robin Van Persie, his Dutch compatriot. He worked at every level at United, he seemed to be the man Ferguson turned to when a tactical switch was needed or a substitution that could turn the course of a game. Despite Mike Phelan prowling the touchline most of the time, Meulensteen was the tactical godsend as Ferguson deliberated with the Dutchman in his seat.

There is no doubt that Moyes will need to hit the ground running, we are there to be shot at this season and everyone will be out to get us. It really will be a baptism of fire, his credentials will be scrutinised and put to the test almost immediately, many ABUs wanting us to fail post-Ferguson.

The point is that retaining Meulensteen would not have been deemed as a sign of weakness, it would have been hailed as a masterstroke.

Moyes will trust the likes of Steve Round, Jimmy Lumsden, Chris Woods et al to get the job done, but we could and should have done more to keep one of the best in the business.

We have just lost yet another massive influence, Rene Meulensteen will surely thrive at Anzhi, the Dagestan-based club, assisting distinguished manager Guus Hiddink.

We wish Rene all the best with his future endeavours.