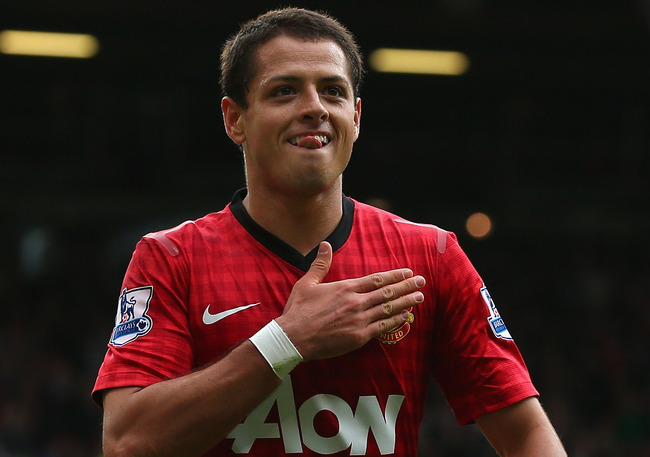 Hernandez struggled to secure a regular spot in the team since Robin van Persie joined from Arsenal. Despite falling down the pecking order at United, the 25-year-old had the best minutes per goal (95) and the best minutes per goal/assist (72) of any striker at the top four clubs throughout the 2012/13 campaign. Four of his 15 Premier League goals came from the bench.

“You can’t say any more about Javier! He’s been here now for three seasons and if you were to try and work out how many times he’s made the difference, it’s just incredible,” Valencia told ManUtd.com.

“What is it this year, 15 goals in 25 appearances? That’s something I think is really amazing. I’m really happy to have him as a team-mate and enjoy working with him every day.”

David de Gea also had some kind words for the Mexican striker, revealing his importance in the dressing room.

“Hernandez is very important both on and off the field for his bright and positive attitude,” added De Gea. “You only have to look at how he goes about his work and how upbeat he always is. It inspires you to train and play hard and it’s a real pleasure to play alongside him and have him as a team-mate. In terms of goals scored per minutes on the field, I think he’s the best in the league, and that’s what it’s all about. He hasn’t had many good runs of games but whenever he has featured, he’s always scored and as a result picked up plenty of vital points for us.”

Read what Hernandez had to say about de Gea being the best keeper in the world.