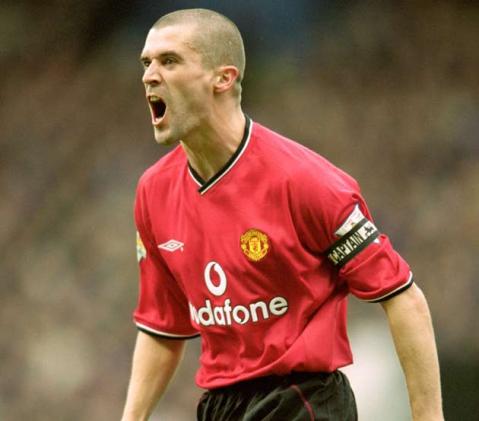 Roy Keane is a Manchester United great, and goes down as one of the most thunderous tackles ever to have graced the world of football. Keano took no prisoners in the center of the park, and certainly took no exception to anyone. Remember the Patrick Vieira and Keane spat in the tunnel leading up to the match? The Irishman was one of Sir Alex Ferguson’s most prized possessions during his time with Manchester United, and as the footballer entered the latter stages of his career, Fergie did all he could to search for “the next Roy Keane.”

Ferguson’s biggest problem in this search was that he was never going to find an adequate replacement for the no-nonsense tackler who shut down nearly every man in sight whether it be through a crunching, clean tackle or the more unsettling studs up challenges he was known for. Regardless of his legacy left at other clubs he faced all throughout Europe, Keano goes down as possibly the best defensive center midfielders Fergie ever had. That did not stop him from his continued searches for a replacement however, as he scoured nearly every league for a bit of potential that could bring stability to the center of the park for years to come.

Initial replacements that Sir Alex sought after were Juan Sebastian Veron and Eric Djemba-Djemba but unfortunately both proved to be flops. In terms of the Argentine, Veron simply joined United at the wrong time – if he’d joined the club a few years later after Keane was gone, the move may have been a match made in heaven. Instead, Veron’s move to the Premier League especially to United is almost looked down upon by football pundits, but not to Sir Alex. As for Djemba-Djemba, his tackling was menacing and leg shattering.  owever the Cameroonian didn’t fit the mold as he was tried in replace of Keano and again, to no avail.

Since Keane’s departure from Old Trafford in 2005, Manchester United haven’t had the player in the tunnel with the burning passion to exclaim “we’ll see you out there” in reference to the Keane and Vieira incident. Keane handled his matters on the pitch not always in the best of ways but, he was United’s rock. Owen Hargreaves looked fairly confidence in the “next Keane” role for awhile but the midfielder struggled with horrific injuries setting his career back prematurely. Alan Smith also tried to work himself into the role even though he was a natural striker yet once again to no avail. Numerous players, midfielders in particular, have come and gone from Old Trafford quite quickly over the years with the exception of Ryan Giggs, Paul Scholes and now, Michael Carrick. Carrick is nothing like Keane in regards to his ability to battle against superior opposition. The tackles that Keane immersed himself in were not always for the faint of heart; however, he put the club before himself so it seemed.

Understandably it’s nearly impossible to replace a man who goes down as a footballing legend especially a legend who’s played for United. Upon signing for United for 3.75 million pounds which was once a British record, quickly proved to be a match made in heaven. For one, it would be nearly impossible for a Manchester United supporter to forget his semi-final performance against Juventus as he single handedly took apart the Italian giants. Moreover, any player that has been brought to Manchester United throughout the years has suffered in terms of the comparison – there is no “next Keane” and instead, we must all look past that rock solid presence in the midfield we once had. In recent weeks, United have been linked to a possible signing of Marouane Fellaini which could offer a devilish presence to spark the Red Devils midfield.

No one, and I mean no one has been able to arise from the trenches with the passion that Roy Keane had during his prime. The full steam ahead approach that he took to every match was mind boggling as he feared no one. Wise in his football senses and the philosophy of Manchester United flowing through his veins, Keano is Captain Fantastic. Try and hold him back, and Keane would come for the knee caps. Try and break through the midfield, and Keane would thwart any hope. Try and outwit Keane, and he’d counter the opposition, and score. Simply put, Keane was a referee’s and players nightmare during his years with Manchester United, and hopefully one day soon we can urge on another of his kind.

One response to “The curse of replacing Roy Keane”