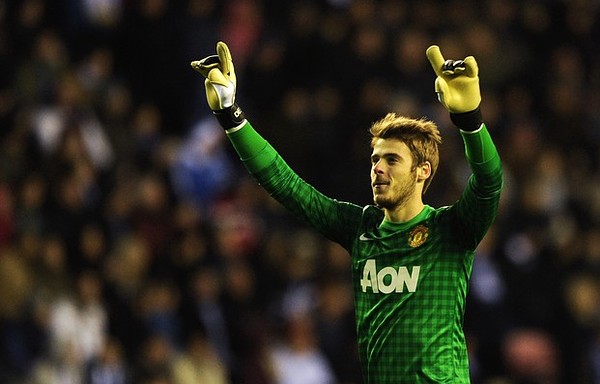 Javier Hernandez believes there is no goalkeeper in the world right now on par with his Manchester United team-mate David de Gea.

Ever since his arrival to the Premier League, de Gea’s ability has been questioned. The doubters have been proven wrong time after time, and following his 2012/13 league campaign the 22-year-old was named in the PFA Team of the Year.

“In a couple of years he will be the number one in the world,” Hernandez said. Last week David de Gea won the European U-21s Championship with Spain, where he kept four clean sheets in five games.

Giving an update on his assessment of De Gea, Hernandez told United’s official magazine: “For me he’s the best goalkeeper in the world.

“We all talk about development and having to go down a certain career path and, of course, at his age many people would have been scared to give him the place he’s earned for himself.

“But I think that this season (2012-13) he’s really benefited from being given the opportunity to play on a regular basis.

“He was first choice between the sticks and I think that any player in the world shows his true ability when he gets the chance to have a decent run of games in the side, and David has really shown his quality.

“He was voted the best keeper in the Premier League, so I’d say he’s doing very nicely thank you.”

One response to “Hernandez: De Gea is the world’s best”