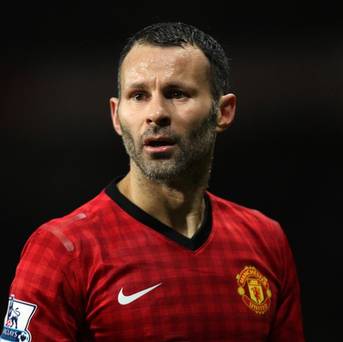 A regular in the ranks,
The general leading his troops into battle,
Sir Ryan Giggs is a Red Devil
From the earliest beginnings of 1990
To forever.

The iconic number 11 has become
A face of the past, the present and the future.
As he once jammed down he left flank
Disregard to human nature.

A goal that defined a career
An FA Cup extra-time winner in ’99,
Single-handedly destroyed Gunners fans,
Leaving nearly every defender behind.

For him it’s mission possible,
Securing the fabled treble, and enough medals worthy of a King
His next destination?
United, eternal glory.

Silky smooth play with that pop star face,
Who could forget that mane on his chest
An the roars of a lion.
Ryan Giggs, is Manchester United.

Put him in the 18, the lad won’t miss
As the gem of a left foot drives onwards.
One touch and he’s gone, a globetrotter during his days
Round the keeper he goes,
Further etching his name into football history.

The phrase coined Beck it like Beckham
Should have been Grind it like Giggsy.
United’s in his veins, both the ball and the blood
Flow through the Welshman.

The day we first saw him at the age of 17,
He stunned as far as the eyes could see
With pace, and precision mesmerizing
All, A Red Devil through and through.

Giggsy goes down, as the best to never appear in a World Cup
But he’s carried on the spirit of United
Raising trophies has become a yearly occurrence
With wings alongside our beloved crest

Chelsea, Arsenal, and City alike,
Struggle to keep up with his will to fight
And the questions continue to arise as he races the grim-reaper
Lad, are you falling behind?
To a living legend who nears 39.