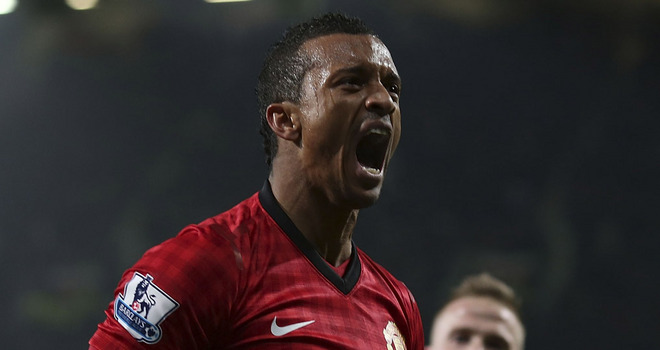 In my last article, I presented the readers with several reasons for Manchester United to sell their outcast Luis Nani this summer.

This time however, we look at some points relating why it could benefit the Red Devils to keep hold of the Portugal international instead.

If we take England prodigy Winfried Zaha into consideration, then United currently have four true wingers among their ranks.

Out of the lot, Nani is undoubtedly the most gifted and talented one.

Antonio Valencia’s consistency established him as one of the most dangerous flank-men in England. But when the 28-year-old failed to showcase this trait last season, his threat in the attacking third dropped to an alarming level.

On the other hand, Ashley Young might be a workaholic on the football pitch, but his potential doesn’t fall into the same bracket as of Nani’s. Moreover, barring his initial few weeks at the club, the Englishman has never really produced £15 million worthy outputs.

Finally, Zaha is still a maturing youngster, albeit with a telling future.

In simple words, there is no other United winger who possesses the same God-give talents like Nani. He was once billed as the ‘next Cristiano Ronaldo’ and there was a reason for that- on any given day 26-year-old can be as destructive as his countryman.

When he’s in form, Nani has an aura of dynamism that surrounds him.

Over the past several decades, United have been renowned for their wing-play and the reason why Sir Alex Ferguson was reluctant to purchase a top-class playmaker or No 10 was because the creativity in the team is derived from the flank-men.

And Nani can surely deliver on this front if he is given the required freedom in the final third.

He’s quick, can beat his marker with an arsenal of tricks and test the ‘keeper with deadly long shots. The full-backs can’t anticipate his next move, which makes Nani an unpredictable attacking outlet.

Whereas, Young and Valencia have predictable and functional qualities. Unlike Nani, the two are not game-changers but just facilitators to the team’s play.

Nani has the ability to swing the momentum of the game with a simple flick of the ball and the Portugal international can change the flow of the team’s attack in just a matter of seconds.

The main issue with Nani is his mediocre level of consistency. He’s rarely at the peak of his powers for a long stretch of games.

However, it can be argued that Nani has suffered due to the rotation policy of Sir Alex Ferguson.

The 2010/11 season has been Nani’s best season in the United shirt till date. It was described as his ‘coming of age’ term.

The reason for his breathtaking performances in that season was that the former Sporting Lisbon man was elected to play in almost all of United’s game. He eventually raked up 49 appearances, his highest tally for a fooballing year since turning professional.

Last season, Nani showed a rare glimpse of consistency when Fergie put him in the starting XI for  three games in a gap of just 15 days, against Reading, Queens Park Rangers and Real Madrid.

More time on the pitch, boosts his confidence and in turn, his displays.

The player himself spoke likewise in the same interview that I talked about in the previous article.

He said, “I can have a spectacular game but nobody guarantees me I will be starting the next match. It shatters your confidence.

“I did not play the important matches, against Liverpool, Manchester City or Tottenham. Not playing these games, I am a bit sad.”

Aim is not to physically burn out Nani, but show faith in him by playing the lad week-in-week-out and he will eventually hit the purple patch.

Fergie unsuccessfully tried this with Valencia in the yesteryear campaign and frankly, Nani deserves his own shot under David Moyes.

3 responses to “Reasons for United to keep Nani”