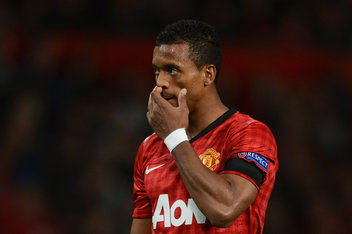 Portugal international Luis Nani is yet to decide whether he will stay at Old Trafford next season.

The 26-year-old’s contract runs out in the summer of 2014 and the talks for a renewal between his negotiators and Manchester United broke down last year.

However, the player’s latest quotes indicate that there is still time and hope for a deal to be struck between the two parties.

What follows is an analysis presenting why United should sell Nani this summer.

Nani is currently earning £90,000-a-week at United. This financial package already makes him one of the highest-paid players at the club and at par with the likes of Patrice Evra and Nemanja Vidic.

The reason why the player’s contract talks broke down last year was because of Nani’s unacceptable wage demands.

United are refusing to entertain this demand as they have always emphasized on a sustainable wage structure and offer such substantial increments to players who produces excellent outputs on a consistent basis, unlike Nani.

Frankly, although his talents might merit such an amount, his performances don’t.

Reports have also emerged about Nani apparently willing to lower his demands by accepting £90,000-a-week, plus £30,000 per appearance. But this rumor emerged several months ago.

A major deficit in Nani’s on-field traits is his inconsistent attack. Most of the United fans have given up on the Portuguese due to his inability to produce a string of top-class performances on a regular basis and hence want the club to cut down on its losses.

Nani was once viewed as the heir to Cristiano Ronaldo’s throne at Old Trafford but his petulance outputs have put him miles behind the Real Madrid star.

On his day, he can glide past any backline and be the star player for his team. But these days come by only come sporadically.

Nani’s poor decision making and selfishness can be harm the team’s productivity in the final third, while his dribbling finesse can sometimes turn out to be hugely frustrating. On the defensive front, Nani can be caught way high up the pitch and also commit unwarranted fouls.

The opening against Everton last season justified the inconsistent tag that has been put on Nani.

The former Sporting Lisbon winger got dispossessed thrice, produced eight unsuccessful crosses and gave away three fouls (earning a yellow card en-route). Moreover, he failed with his only take-on and couldn’t create a single scoring chance during his 78-minute stay on the pitch.

During an interview in 2009, Nani infamously hit out at Sir Alex Ferguson’s dressing room treatment and the lack of playing time he was being given by the gaffer.

“He’s tough. If things are all right, then they are all right. But when he thinks something is wrong, everything is screwed.

“He can go from complimenting you to just plain trashing you in a matter of minutes. Has it happened to me? Hell, yes! He’ll say ‘Nani, how could you miss this or this’?”

He added: “I can have a spectacular game but nobody guarantees me I will be starting the next match. It shatters your confidence.

“I did not play the important matches, against Liverpool, Manchester City or Tottenham. Not playing these games, I am a bit sad.

It’s still a mystery that how Nani managed to save his United career after speaking against his own manager publicly. But it did highlight the fact that Nani has an ego problem. He wants to be the best in the world and sometimes appears to care less about the team.

His contract tantrums give us another reason to believe why Nani can deteriorate the team’s atmosphere, while one cannot forget the player’s bust-up with youngster Davide Petrucci last September.

In all fairness, this attitude of Nani could prevent incoming manager David Moyes from developing an authority among his players.

Sell him or suffer a Loss

If United don’t sell Nani to the highest bidder this summer, they risk letting him go for nothing next year.

Nani is entering the last 12 months of his current deal and if the Red Devils are confident that they can do without the services of 26-year-old, they need to let go of him in the next couple of months.

United rejected Fenerbehance’s £6 million bid for the attacker last week as they want to recoup at-least £8.5 million of the €25 million that they paid for him six years ago.

This leaves with only three potential suitors now, AS Monaco, Juventus and Arsenal and thus, it will be in the best financial interest of United to consider what the three clubs have to offer.

Nani is an attacking winger, who prefers to play on the right side of the flanks. He’s not a right-midfielder and doesn’t take interest in tracking back on a consistent basis.

If United play with a three-man midfield, Nani will get more freedom to venture in the attacking third. However, the with two-man midfield pivot, if Nani’s caught out of position, the Red Devils can be easily outnumbered on the wings.

In David Moyes’ direct counter-attacking approach, Nani could be a menace if he’s given optimum attacking duties and nominal defensive task.

However, the lad is unlikely to be presented with such an opportunity and hence he could be tactical misfit under Moyes, who likes defensively-reliable wingers.

4 responses to “Reasons for United to sell Nani”