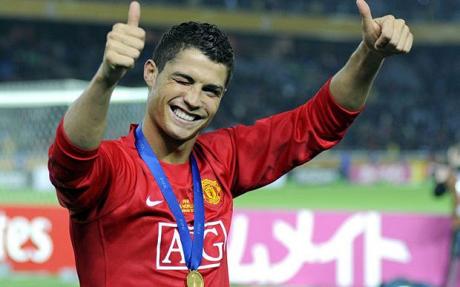 There has been much speculation of superstar Cristiano Ronaldo over the past few months. But such speculation has heightened since the departure of Jose Mourinho to Chelsea.

There has been all sorts of talk, rumour, nonsense and substance in recent times, the Portuguese superstar is rarely out of the limelight and recent developments have been no exception.

There was talk of an earth-shattering world record bid from moneybags AS Monaco, their spending power seemingly does not have an end. Talk of a new contract at current employers Real Madrid has been mooted by Florentino Perez, Real’s president.

Contrary to these claims from Perez, Ronaldo earlier this week confirmed via his official Facebook page and Twitter account that no such arrangement has substance. He stated: ‘all the rumours about a renewal at Real Madrid are false’.

This announcement has been greeted with a mix of euphoria, skepticism and hope.

There have been various interpretations of these seemingly encouraging words. Is Ronaldo concretely shunning the idea of a prolonged stay at Madrid? Is he merely playing devil’s advocate in an attempt to drive a harder bargain to get yet another lucrative contract with a bumper pay rise?

It is widely reported that Ronaldo has put his house in Madrid up for sale. Ronaldo only has two years left on his existing contract, meaning that this period now is arguably the most critical of his career: his next contract is likely to be his last bumper deal, which means a lot of soul searching and consideration will be needed from his perspective.

If today’s message does signal his intention to end his spell in Madrid, a spell in which he has scored 201 goals in only 199 games, in just a few words we have virtually been given the green light to make the second homecoming a reality.

Ronaldo’s soft spot for United remains undiminished, he was apparently virtually in tears after scoring the goal to crush our Champions League ambitions, he admitted the occasion got to him and was not able to play at optimum level, overcome with raw emotion on returning to the sacred turf he used to tear up.

Ronaldo has been quizzed on numerous occasions about his future ever since it was reported that his rapport with Jose Mourinho had soured. Despite freely stating his love for United, he has always been coy when it came to transfer speculation.

He was always careful and said similar things whilst at United, remember the ‘in the future you never know but I’m happy here’ lines? Anything could happen when it comes to Ronaldo.

Which makes you wonder if today’s words were a subtle hint to David Moyes, currently sunning himself on his hols.

Moyes will hopefully have sat up and taken note of today’s developments. Apparently Ronaldo was very open to coming home before the shock retirement of Sir Alex Ferguson, whom he often professed as ‘his second father’. Upon the shocking news, the outgoing exec David Gill personally flew out to Spain to assure Ronaldo that he was still wanted.

The factors that have become public knowledge imply that Ronaldo might well be soon saying ‘adios’ to the Madridistas- the house up for sale, publicly confirming no contract had been signed in Spain, refusing to deny nor confirm anything- keeping schtum often speaks a thousand words.

Ronaldo has claimed in the past that he is not motivated by money, he has an ego that needs to be validated and appreciated, something that has not fully materialised since his world record transfer in 2009.

If Ronaldo is in fact seeing dollar signs, we might well be severely disappointed. If he keeps to his principles that are close to him, David Moyes may well make the seemingly impossible possible with a groundbreaking signing.

This story will run and run, something that Ronaldo is familiar with and something he will probably relish.

The world’s most expensive chess game has taken another twist today. Ronaldo has put his cards on the table, it is Florentino Perez’s move now.

Could the most surreal homecoming be about to happen? Keep praying.

2 responses to “Is the Ronaldo homecoming getting closer?”