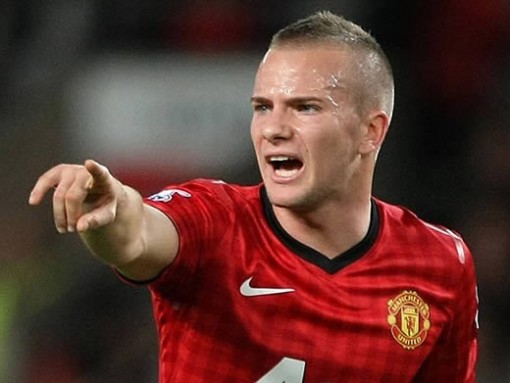 There is no denying that Tom Cleverley has talent, and enough to thrive in the Manchester United starting XI, but will he be given the proper chance under David Moyes? At only 23, Cleverley has shown glimpses of his ability in the midfield for United but lacks the cutting edge consistency which is necessary to thrive in the Premier League. The youngster should take note from the play of Michael Carrick whom is neither the fastest nor the best defender, but his read for the game is second to none.

Joining United at the young age of 12, Cleverley seems to have been primed as the potential homegrown replacement for now retired, Paul Scholes. It’s almost unreal to imagine that Cleverley started his first Premier League match for United back in August 2011, or the amount of trust he’s been given especially this season in the midfield. Sir Alex Ferguson put plenty of trust in the young midfielder this season as he featured against Real Madrid in the second leg of the Champions League while also in two cup ties against Chelsea – both of which we lost, but that’s besides the point. Even though Cleverley has shown us glimpses of the magic he is capable of producing, if he cannot do so consistently there comes a true question of what lies ahead. As Shinji Kagawa has come into the fold with United, he’s certainly offered a more attacking approach and without question is the more dangerous of the two in front of goal.

Cleverley may lack in the goal department, but so did Paul Scholes and look at how his career turned out with United. Another important note to keep in mind with the play from Cleverley this season is there seemed an instant understanding with both Nani and Ashley Young when the three featured together. The trio worked brilliantly with their quick passing and almost majestic off the ball movement, but with Nani falling out of favor and Young suffering a season ending injury – the partnership was never fully able to come to it’s true fruition. While that aspect of Cleverley’s game diminished, he also was unable to assert himself over Wayne Rooney who dropped further into the midfield this season to allow more room for newly acquired Robin van Persie which mind you, worked quite brilliantly for the Dutchman.

The lessening of room in the midfield for the 23-year-old may be a cause for concern for his national squad hopes. Although he’s been called into the lineup, the lack of first team match action may have put a temporary damper on his first team hopes for England, yet this may all change as Moyes may feel comfortable placing the energetic midfielder in the center of the park with the possible incoming of Marouane Fellaini.

A fast football brain allows Cleverley to flourish in the Premier League but what sets him back is his physical presence in possession which will only strengthen for his age. Although Scholes was rash in the challenge at times and no stranger to the yellow cards, he was a complete menace in the middle of the park and imposed his presence on the opposition. Moreover, the youngster needs to create his own fearless sense into his repertoire with additional crunching tackles and thunderous shots from distance. But to compare his game to that of Scholes would simply be unfair as Scholes is a United legend, while Clevereley has net to even amass 50 appearances with Manchester United. Although the link between he and Scholes may make complete sense, the young gun must pick up steam and continue to instill confidence in the new manager.

As Sir Alex Ferguson said about Cleverley “He’s a very good player, Tom; a good footballer, good brain, good energy about him” the output must equal the thoughts of the United legendary manager. It appears as though both he and Kagawa could feature together as both are silky midfielders whom are quick to utilize one touch passing. At the end of the day, this summer the 23-year-old must work on his shot selection and more importantly, learn to get his shots on frame. Plenty of new and current players are all going to be vying for a spot in the coveted midfield alongside Michael Carrick, Antonio Valencia and Ryan Giggs; however Cleverley is certainly going to see added pressure this summer from Nick Powell (2 appearances for United) but overall, it’s important that he keep a level head at such a young age. Overall, the potential is there for Tom Cleverley  but whether or not he is willing to work towards fulfilling his potential is another feat.