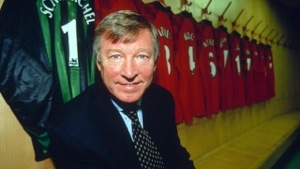 This week saw the greatest football manager of all time retire after spending 26 and a half years at Manchester United. The internet has been full of excellent tributes in response, so here are our top five.

Stretford-End dive into the youth, legacy and attacking football we saw under Ferguson. Sons of United co-author Tony (@mrmujac) features.

Anton Alfy created what I described as the best video tribute you will see this week following Fergie’s retirement. Frank Sinatra’s My Way is the perfect song choice.

United Rant thanks Ferguson for dedicating his life to doing something which has made the fans so happy, so often.

Daniel Taylor from the Guardian writes about Ferguson’s legacy being as strong as the stadium his statue now rises behind the stand they named after him.