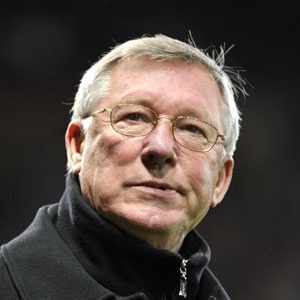 He’s amassed a massive 38 trophies in 27 years at Manchester United, made the careers of the likes of Roy Keane, David Beckham and Paul Scholes and has overseen the side’s transformation from occasional underachievers to the biggest and best club in England. Sadly, at the age of 71, Sir Alex Ferguson has chosen to bow out at the end of this season as the club’s manager.

Fergie has pretty much done it all since arriving at Old Trafford from Aberdeen back in 1986. Although the first few years of his reign weren’t entirely successful, he managed to mould the team in his own image and, with the help of some promising youngsters and improving attendances, he managed to turn United into the all-conquering outfit we see every week.

Before Fergie’s arrival, United had underperformed for a club of its size. Fortunately, Fergie’s arrival saw a number of highly talented young players including Ryan Giggs, Paul Scholes and the Neville brothers given a chance to shine, and they didn’t disappoint. Once the trophies started to come in, so did the money.

Success and attendance figures both grew rapidly. Old Trafford’s capacity was eventually increased to a massive 75,000, and almost every home game, even against relatively lowly opposition like Wigan Athletic is usually sold out. The signings of big stars over the years including Wayne Rooney, Cristiano Ronaldo and Robin van Persie have also helped United become a massive sporting brand.

A leap into the unknown

With Fergie leaving, the search for a replacement will have already started. Although they have the whole summer to find someone, two names have already been mentioned – Jose Mourinho and David Moyes. The former is apparently unhappy at Real Madrid, while the latter has been likened to Sir Alex and has a good reputation from his admirable work at Everton.

Whoever comes in, the markets will keep a firm eye on developments at Old Trafford. As well as being listed on the FTSE in London, the Glazers recently listed United on the New York Stock Exchange (NYSE) in a move designed to bring in extra income. If successful, the new manager should have plenty of money to spend on new signings.

Money in the bank?

If United’s recent financial results are anything to go by, it seems that the financial side of things are in better shape than expected. Although the debts ran up as a result of the Glazers’ takeover of the club in 2005 are still sizeable, income of £91.7m (a record) does seem pretty impressive, while profit is still being made.

About their recent figures, Joshua Raymond from city index explained what the overall picture is for United’s finances:

“Manchester United’s commercial dominance has been further entrenched within their quarterly numbers. Revenues rose broadly in line with market expectations of close to 30% to £91.7m, whilst the recent success of winning the Premier League will also enable the club to secure more lucrative sponsorship deals and increases the value of the Man Utd brand.

“There remains an open question however on the sheer volume of sponsorship deals being secured, which may slow but could also impact the long term value of the brand. For now though, these numbers will likely please shareholders”, he said.