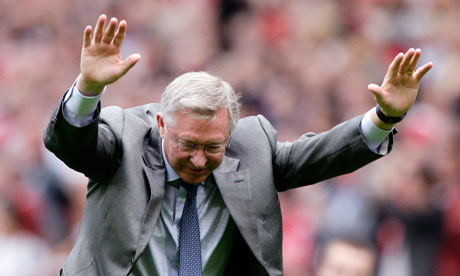 I was 10 years old when I met Sir Alex Ferguson. It was my birthday and I was attending my first match. To get a feel for things, I took a walk around Old Trafford hours before kick off before being greeted by a number of first team regulars.

It was amazing, posing alongside heroes and getting autographs. A few players walked past and ignored us, but I will leave that for another day.

When Sir Alex Ferguson was in sight I couldn’t believe my eyes. He walked closer and closer with a smile on his face, ready to greet us all. I was thinking at the time what to say, but nothing came to mind. I was completely star stuck.

Words came out of my mouth without much hesitation or thought. I told Ferguson it would be a dream to wear the red shirt in front of the Stretford End. He smiled, then said “keep working hard, we may come looking for you in the future.” He never did, I wasn’t good enough, but that’s not the point. Ferguson granted me the greatest birthday present to this day, and one that won’t ever be topped.

The greatest manager of all time has granted us many happy memories, on and off the pitch.

This short message was originally posted on our Facebook page.

One response to “The day I met Sir Alex Ferguson”