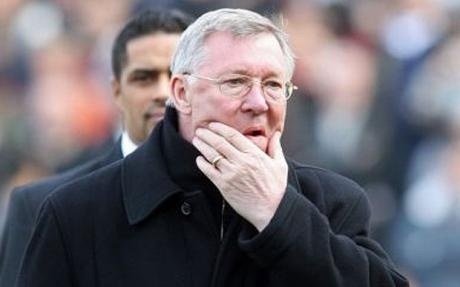 After the players enjoyed a charity golf day on Tuesday, that feeling of relaxation will have been hampered by the gut-wrenching rumours which escalated on Tuesday night. The Telegraph’s football writer Mark Ogden speculated that Sir Alex Ferguson will end his 26 year trophy-laden dynasty with Manchester United as early as Wednesday morning, with an announcement of some sort scheduled for 10am.

This shock rumour comes just hours after bookmakers slashed the odds of Everton’s David Moyes succeeding Ferguson as United’s next manager. The Everton boss is now instilled as their favourite to take the reigns, especially as his contract with Everton expires this summer.

If the rumour has substance and we are given the horrible news tomorrow, why would it have all come down to this? Especially after his programme notes against Chelsea specified, “I certainly don’t have any plans at the moment to walk away from what I believe will be something special and worth being around to see.”

Maybe it is down to the loss of a man who he could confide in, someone who has been the bedrock of an efficient working relationship. David Gill will hand over the reigns of chief executive to Ed Woodward from June. Gill and Ferguson established a brilliant rapport, would Ferguson lose that support and confidence with Woodward at the helm?

Last year saw Ferguson’s success duly rewarded with the unveiling of a statue and stand in his honour. Forever immortalised at the club, but were these gifts the gentle push that the Glazers were trying to give?

News broke last week that the 71 year old needed hip surgery and that he would miss the start of next season. Ferguson has always been adamant that he would be health conscious when making the unenviable decision about his future, has this need for surgery been a contributing factor?

It’s going to be a typically sleepless night, and nervous viewing.