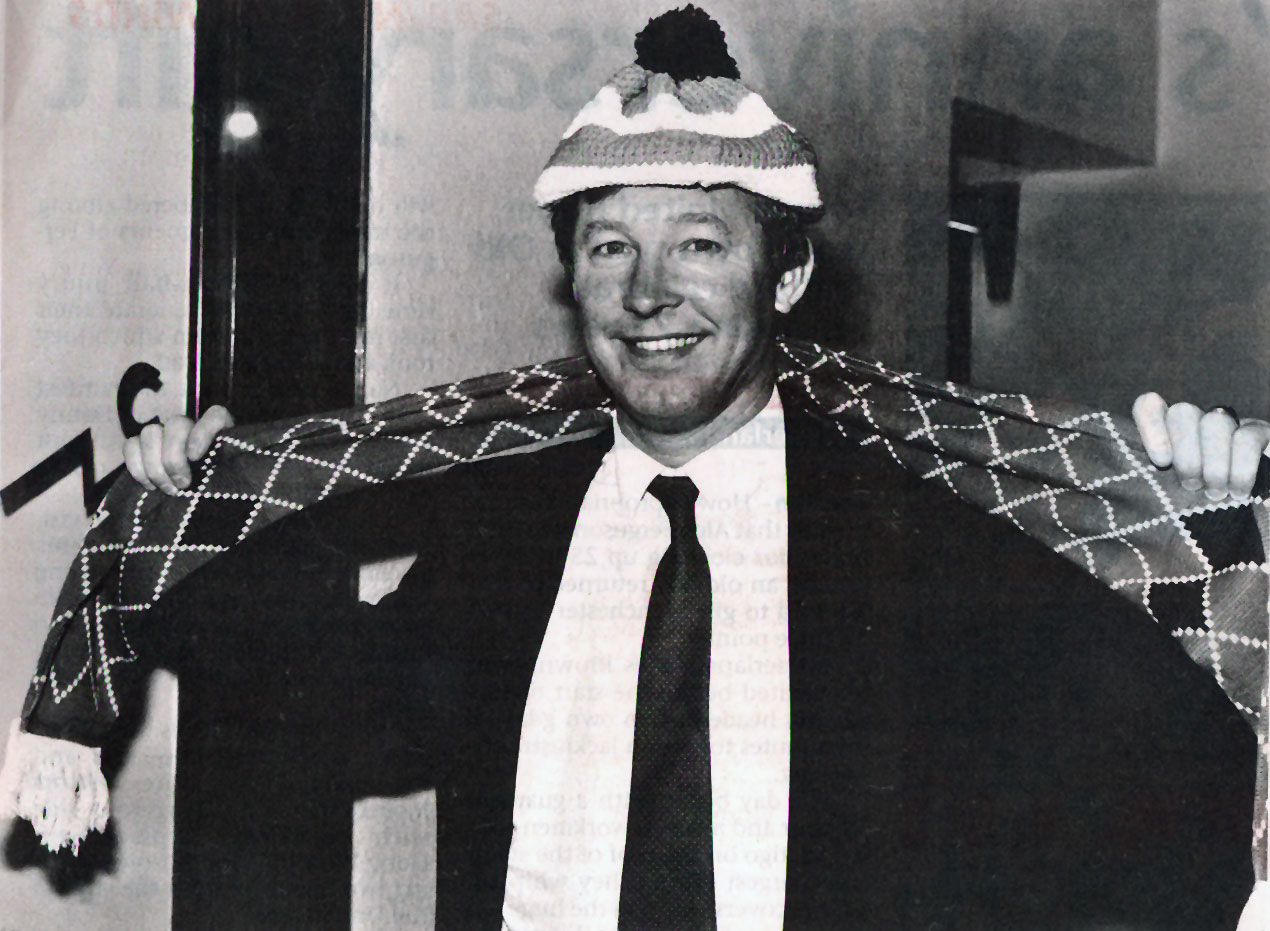 Sir Alex Ferguson, the greatest football manager of all time, is stepping down after 26 years with Manchester United. To mark this sad day, SN has put 26 memorable quotes together. I can’t see anyone in the future getting within touching distance of what Ferguson achieved for our club. Not even Moyes.

On Denis Law “I remember some years ago I asked a young player if he had heard of Denis Law and he said he hadn’t. So I shot him.”

On Peter Schmeichel ”He was towering over me and the other players were almost covering their eyes. I’m looking up and thinking ‘if he does hit me, I’m dead.’”

On Ryan Giggs “I remember the first time I saw him. He was 13 and just floated over the ground like a cocker spaniel chasing a piece of silver paper in the wind.”

On Gary Neville ”If he was an inch taller he’d be the best centre-half in Britain. His father is 6ft 2in – I’d check the milkman.”

On Filippo Inzaghi ”That lad must have been born offside.”

On Roy Keane after the semi-final against Juventus in 1999 “I don’t think I could have a higher opinion of any footballer than I already had of the Irishman, but he rose even further in my estimation at the Stadio Delle Alpi. The minute he was booked and out of the final he seemed to redouble his efforts to get the team there. It was the most emphatic display of selflessness I have seen on a football field. Pounding over every blade of grass, competing if he would rather die of exhaustion than lose he inspired all around him. I felt it was an honour to be associated with such a player.”

Half time team talk at the 1999 European Cup Final ”At the end of this game, the European Cup will be only six feet away from you and you’ll not even able to touch it if we lose. And for many of you that will be the closest you will ever get. Don’t you dare come back in here without giving your all.”

After equalling Sir Matt Busby’s Premier League record “I’m privileged to have followed Sir Matt because all you have to do is to try and maintain the standards that he set so many years ago.”

Talking about the new ‘Fortress Carrington’ training complex ”It keeps those fuckers from the media out.”

To the media after kicking a boot into David Beckham’s face in 2003 ”It was a freakish incident. If I tried it 100 or a million times it couldn’t happen again. If I could I would have carried on playing!”

On United’s home support ”We have people coming here to admire the scenery and enjoy their crisps.”

After been beaten by Arsenal for the second time in the 2006 season ”Only true champions come out and show their worth after defeat- and I expect us to do that.”

On José Mourinho “He was certainly full of it, calling me Boss and Big Man when we had our post-match drink after the first leg. But it would help if his greetings were accompanied by a decent glass of wine. What he gave me was paint-stripper.”

On former players becoming managers “It can be difficult to pinpoint who would make it as a manager. For instance, nobody here thought Mark Hughes would become a manager, never in a million years, and we all thought Bryan Robson was a certainty to be a top manager.”

On Newcastle supporters “They have those fans who are so emotional and fanatical, they expect to win the World Cup.”

On Alan Wiley (referee) ”The pace of the game demanded a referee who was fit. It is an indictment of our game. You see referees abroad who are as fit as butcher’s dogs. We have some who are fit. He wasn’t fit. He was taking 30 seconds to book a player. He was needing a rest. It was ridiculous.”

On Rafael Benítez, after that embarrassing ‘fact’ press conference ”I think he was an angry man. He must have been disturbed for some reason. I think you have got to cut through the venom of it and hopefully he’ll reflect and understand what he said was absolutely ridiculous.”

Reaction to being asked if Liverpool would win the title in 2007 ”You must be joking. Do I look as if I’m a masochist ready to cut myself? How does relegation sound instead?”

On Ronaldo “I bet him he wouldn’t get 15 league goals and I’m going to have to change my bet with him. If he gets to 15 I can change it and I am allowed to do that because I’m the manager. I’m going to make it 150 now.”

Day of retirement “I am delighted to take on the roles of both Director and Ambassador for the club.”