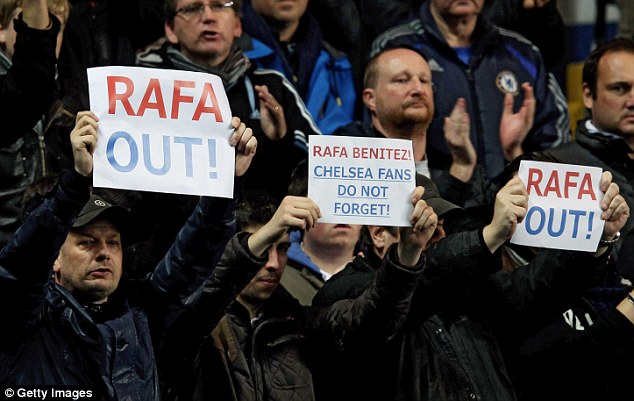 Following the draw against Arsenal last weekend the fight for a place in the top four has heated up. While it has nothing to do with us after securing the title, we still have a bearing on who finishes third and fourth.

Manchester United’s first half performance at the Emirates Stadium on Sunday was diabolical, yet the hangovers I mentioned in last week’s preview had a role to play in that. We came out a different team after the interval, looking refreshed and ready to go. In the end, although there was frustration, I think a draw was a fair result.

Phil Dowd had a mare as referee handing out yellow cards as if they had gone out of fashion. When you have big games, like United vs Arsenal, we tend to look for officials to allow play run instead of blowing for the slightly of nudges. He was all over the place and with Howard Webb taking charge this weekend against Chelsea, I hope he can offer 90 minutes of fair play.

Rafa Benitez is coming to town. You don’t need to be a rocket scientist to guess what sort of reception he will get. From his rants at Liverpool to the constant bollocks he spouts about that filth ridden club from Merseyside, I think it’s fair to say he is no friend of ours. The Chelsea fans hate him too and their chants towards him have been understandable. Whatever Roman Abramovich was thinking when he appointed Rafa is beyond me, but funnily enough the finger of blame has never been pointed in his direction. Wonder why? Oh…

I was asked ahead of the game what would I make of Benitez becoming Sir Alex Ferguson’s successor. Yes, I reacted and you can read it on the We Ain’t Got No History blog where I answered a number of questions in preparation of the game. If the press think he’s getting it bad now, imagine what it would be like at Old Trafford? Thought so.

Looking at the Chelsea squad they have some real threats going forward. Juan Mata and Eden Hazard are two players that can make things happen in a matter of seconds. Their defence, however, fills me with confidence. I can see us taking full advantage of that.

Many have asked whether Ferguson will field a full strength team against Chelsea. He takes every game seriously, so I don’t quite understand why there are people questioning this. This is a rivalry and we obviously want to try spoilt their fight for European football.

Speaking of Europe, Chelsea this week completed the formalities of securing a place in the Europa League final. They are one game from becoming the fifth club to win all three European competitions, equalling as many Euro comp wins as United. So has Benitez delivered? Looking at the squad that he is managing, they should be competing with City and us for first place – not Arsenal and Spurs for a place in the top four.

Chelsea fans got excited this week with Jose Mourinho flirting with the prospect of returning ‘home’. However last month he said: “Inter is the club I have enjoyed the most, no-one else has given me the same happiness,” but he does obsess over making the headlines and causing a stir. Mourinho was their manager for just three years. Home, eh?

As for the game itself, I expect a win. No prediction this week, unfortunately. They have the tendency to jinx things.

Listen to our Chelsea preview on the Mouthy Reds podcast.