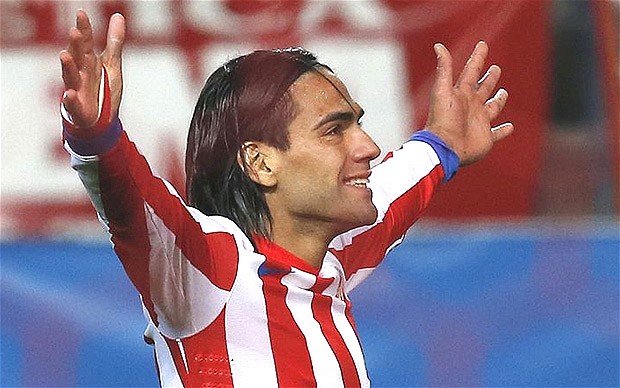 Speculation over Radamel Falcao has been a topic of conversation for a couple of months. A number of clubs, including Manchester United, are on a list of those supposedly interested and Faustino Asprilla has offered some advice.

Asprilla is a retired Colombian footballer who most notably played for Parma, Newcastle United and the Colombia national football team. He has taken into account that Real Madrid, Paris Saint Germain and Barcelona are interested in 27-year-old Falcao, but has come to the conclusion that a move to Old Trafford would suit best if he wants to be successful.

“We were talking and he asked me my opinion on who he should join,” Asprilla told the Daily Mail. “He knows that every big club in the world wants him. He is not a player motivated by money – what he wants is somewhere that his family will be happy and where he will have success. With teams like Real Madrid, PSG, Manchester City they have good times then they have bad times; that is why I told him he must choose Manchester United. Every season they are challenging, and if he wants success that is where I have told him to go. Also they don’t have all the behaviour away from the field, changing coaches every season. They are steady in all that they do, and a well run club at every level. He is a real family guy – and Radamel will appreciate that and the way that Sir Alex Ferguson protects his players like family.”

The thoughts of Radamel Falcao and Robin van Persie playing up-front together make me feel dizzy. And there has been lots of talk about Ferguson wanting to strengthen his options despite being well-stocked with Van Persie, Wayne Rooney, Danny Welbeck and Javier Hernandez. And we really shouldn’t forget the prospect of Will Keane.

“It is difficult for me to explain how good he is – he is the best finisher in the world,” he added. “The only striker who has played in the Premier League who is on his finishing level is Alan Shearer. If he signs for Manchester United, he would be their missing piece in the Champions League. Robin van Persie and Radamel would be unstoppable.”