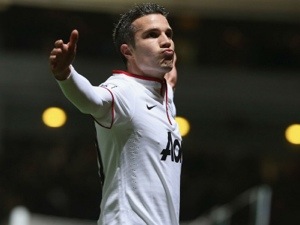 Robin van Persie has reflected on winning the Premier League title with Manchester United. The Ducthman had just one FA Cup to his name when he joined from Arsenal last summer but has scored 24 goals in the league to help secure the club’s 20th league triumph.

Before Arsenal, however, the 29-year-old won the UEFA Cup with Feyenoord. He admits this season has been a dream come true.

Van Persie told The Sun Sunday: “I’ve waited a very long time for this. It’s what every professional dreams might happen one day. That’s why I sacrificed so much to come here. I chased a dream and I’m so happy the dream has now been fulfilled. I still can’t believe it, it’s just an incredible feeling. It is also a massive relief after all this time to be lucky enough to win a title in one of the hardest leagues in the world.”

Now that Van Persie has had one slice of the cake he wants more. At 29, the former Arsenal captain is in the prime of his career and he admits that he is eager to add to his trophy cabinet.

United have been linked with moves for Robert Lewandowski this summer to supplement Van Persie, Wayne Rooney, Javier Hernandez and Danny Welbeck. But RvP does not see this as a threat. He wants to win more at United and believes the bigger the squad, the better.

“The more quality players we bring the better,” Van Persie continued. “And even more fun. I trust (Fergie’s) judgement. The manager knows what is good for the team.”