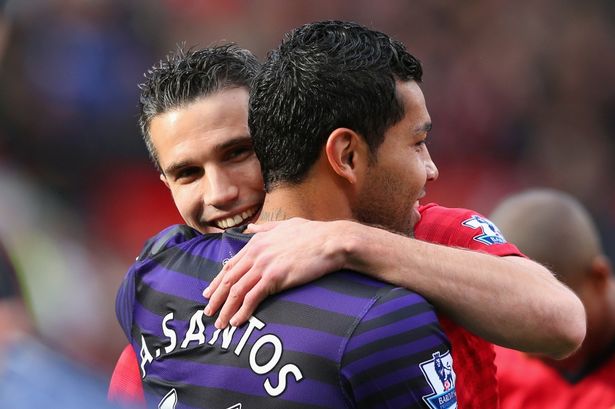 Following the win against Aston Villa on Monday we secured the club’s twentieth league title, so a lot of celebrating has been done since.

Jägerbombs were being drank as if they had gone out of fashion on Monday night. The players made most of their deserved night out on the town after not only winning the title, but putting a terrific performance on show for the fans. We witnessed arguably the best first half display of the season with Robin van Persie’s hat-trick topping it off.

Speaking of the Dutchman, however, we have a trip to the Emirates on Sunday. The London outlet who once rivalled us for the title each year has now become known as a “selling club” to many. The days of Roy Keane and Patrick Vieria are long gone but the rivalry, to some extent, remains strong.

The fixture needed a kick up the arse too. Arsenal are not the force they once were but the fact they sold us their captain and best player adds fuel to the fire. Well, from a fans perspective anyway. Arsene Wenger doesn’t look too arsed. Their fans turned on him and it has all imploded.

Apart from us being champions, the topic of the week has been in relation to a supposed guard of honour. Arsenal fans seem to swear against giving us one, threatening to do the Poznan, which proves how small-time they have become. If you cast your mind back to the 1990-91 season, United travelled to Highbury after Liverpool were beaten by Nottingham Forest. This meant Arsenal had won the league, so we formed a guard of honour as George Graham’s team walked onto the pitch as champions. The argument is that this isn’t a mandatory requirement and not all clubs welcome newly crowned champions in such a way, but for me it’s about showing decency. United are deserved champions.

The game itself means more to them than it does to us. They’re fighting for a place in the top 4 with Tottenham Hotspur at their heels waiting to pounce. United, on the other hand, have the league won but Ferguson would like to reach to greatest amount of points in the league – 96. Even if the hangovers are still within their system after the midweek partying, I fancy us picking up all three points. We all talk about winning the league in style so lets finish it on a canter.

It is difficult to predict who we will see in the starting line-up. Ferguson can now afford to rotate the team more than he has. The Scot said this week he would introduce some of the younger players into the fold and mix things up. How soon the boss is talking remains to be seen. Our next two fixtures are Arsenal (A) and Chelsea (H), but rotation is almost definite.

Like I said, though, this fixture on Sunday means more Arsenal. But Van Persie will want to rub his first Premier League medal into their faces by walking off the pitch after 90 minutes with three points. You can never get enough of those Piers Morgan meltdowns.

5 responses to “Arsenal Preview: Van Persie’s return to the Emirates”