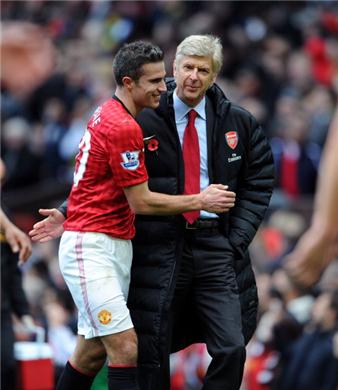 Andrew from Arseblog joins us ahead the game this weekend. We chatted about Robin van Persie, Arsene Wenger, their chances of finishing in the top four, and much more.

Cazorla, Arteta, Mertesacker have impressed. Disappointed; Walcott since his contract renewal, Sagna has lost something and it’s fair to say the goalkeepers have been hit and miss.

Will Arsenal stay in the top four?

I hope so. And it might be Chelsea that miss out, not an either or with Sp*rs and Arsenal.

How do you rate Arsenal’s activity in the transfer market down the years?

Some argue the rivalry between Manchester United and Arsenal has lost its bite since the Roy Keane and Patrick Vieira days. Do you miss that?

For sure, those were two great teams and the games were always very exciting and intense.

Tell us about life without Robin van Persie and seeing him win his first league medal with United.

“In Arsene we trust” or “Wenger out”?

They’re the champions for good reason.

If you had to take any player from United to Arsenal, who would that be and why?

Which player do you hate the most?

3 responses to “View From The Enemy: Arsenal fan on Van Persie, Wenger out and Piers Morgan”