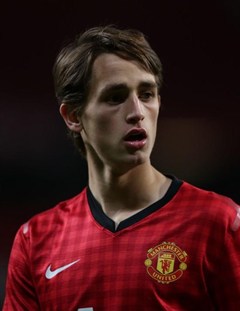 They say hard work pays off. That is certainly the case for Manchester United youngster Adnan Januzaj, who has been registered in the first team with the #44 shirt.

Januzaj has been a standout player for the reserves this season and was part of the title celebrations on Monday night despite not having made a first team appearance yet.

This announcement comes over a month after Sir Alex Ferguson singled out the Belgian winger as a player to watch, tipping the U21 to make a breakthrough at Old Trafford.

After being crowned Champions in April, Ferguson can now afford to rotate the team more than he has and speaking on MUTV, he said he would introduce some of the younger players into the fold and mixing things up.

“A lot of younger players, the ones who have been on the fringes for the last weeks, I desperately want them to feel their contribution has been big. Chicharito, Danny Welbeck, Tom Cleverley and Nani – I think it is important to get them involved in the last few weeks.”

Although Januzaj’s name was not mentioned, you get the feeling a first team debut isn’t too far off after being rewarded a squad number.

Januzaj is described by United on their official website as a ‘creative spark’, skilled at set pieces, and is left footed despite playing the majority of his football on the right-wing.