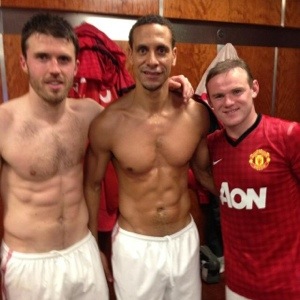 Following the heartbreak of last season Manchester United marched on to win back their title. Rio Ferdinand has sung the praises of his teammates who have done superbly well to prove critics wrong by having the Premier League won in April.

The comparison with Liverpool dates back to how they challenged us in 2008/09, finishing runners up with Rafa Benitez in charge. Since then, however, they have finished seasons in positions such as sixth, seventh and eight. Ferdinand knew United wouldn’t go down a similar route.

“I think that just shows the resilience and the attitude in the squad that the manager has instilled in us,” Ferdinand said. “A lot of other teams would probably have fallen away. We played Liverpool a couple of seasons ago when they were fighting for the title, we beat them and got to the league before them and they’ve not been seen since. That shows the mentality and character that this club has.”

Manchester United are now the most successful club in the history of English football with 20 league titles to their name. Liverpool, on the other hand, are stuck with 18. In terms of major trophies, both clubs are level with 41 each.

9 responses to “Ferdinand: We wouldn’t end up like Liverpool”