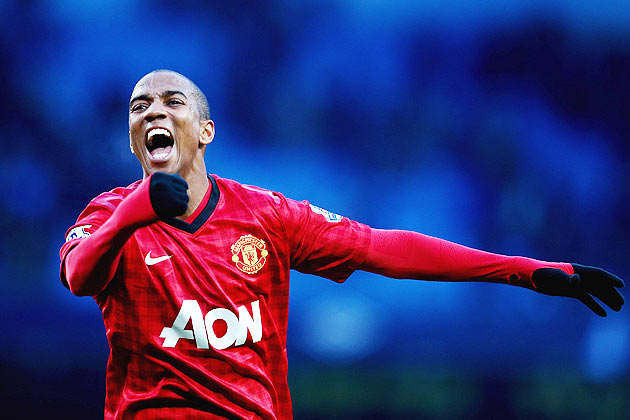 Sir Alex Ferguson confirmed on Friday that Ashley Young will miss the remainder of the Premier League campaign.

Young injured his ankle during the Manchester derby a fortnight ago. At first Ferguson thought he would be on the sidelines for no longer than two weeks. However, further tests suggest otherwise and the injury is a lot more serious than first imagined.

“We have bad news on Ashley,” Ferguson told MUTV. “He is out for the season unfortunately. It is a bad blow. We thought two or three weeks but we took him down to a specialist in London on Wednesday and the prognosis is not very good at all. We are going to lose him for the season.”

The 27-year-old made a good start to his Manchester United career with exciting performances against Arsenal and Tottenham Hotspur, but there was still questions being asked on why we spent so much on him in the last year of his contract at Aston Villa.

Since then, he has been hit and miss but United look more balanced when he plays. Unlike Nani he works back and offers assistance for Patrice Evra which is the reason Ferguson trusts him in most of the big games.

To be fair, injuries haven’t been too kind to Young. He gets them regularly which is frustrating as fan because we don’t see good shifts very often. If he could add consistency to his game I would say Young is United quality, but until then I don’t think so.

With this injury, however, we will get to see more of Shinji Kagawa which is always a plus. While the left wing isn’t his preferred position it is better than watching Young.

Meanwhile, I read a quote from Bebe during the week and I thought it would suit Ashley Young better: “I’m here, I’ve earned it, I don’t have to push myself every day.”

One response to “Young out for the season? Meh…”