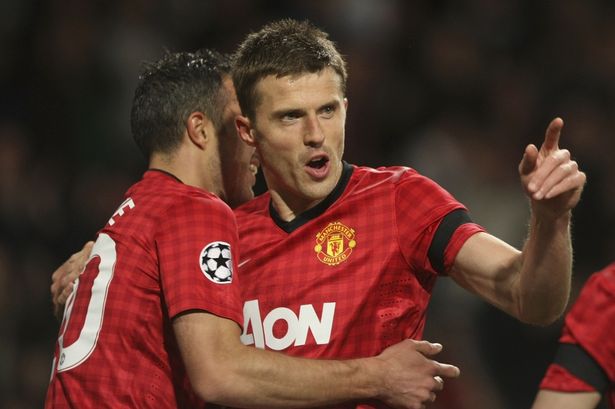 Sir Alex Ferguson is stunned Michael Carrick has had to wait until he is 31 for his first PFA Player of the Year nomination. The midfielder made the cut alongside Gareth Bale, Luis Suarez, Robin van Persie, Eden Hazard and Juan Mata.

This year marks the 40th anniversary of the award, first won by Norman Hunter of Leeds United. The winner will be announced on 28 April and the Republik of Mancunia believes Carrick deserves it more than anyone else.

Carrick was named in the 2004 Division One team of the year while at West Ham. But he had never been shortlisted for the main award until yesterday which has surprised many. In previous years he has been labeled a scapegoat but the people that didn’t believe he was cut out for a club like United are beginning to come to their senses.

“Hard to believe it’s not Scholes, it’s Carrick, you know,” has been the most popular chant from the stands this season. When it was sang down at Loftus Road the fans couldn’t get enough and it went on for over 15 minutes. It is great to see the vast majority of the fan base in full support for Carrick and he’s now getting the appreciation he has deserved for quite some time.

“This has been Michael’s best ever season at United,” said Ferguson. “He’s been absolutely magnificent. It’s amazing Michael has had to wait until he’s 31 to get nominated for anything – but he deserves it.”

Sure, it has been Carrick’s best season at United but that doesn’t take away what he’s done since arriving in 2006. When the critics were out in full force Ferguson stood by him and he’s now in a more comfortable state of mine, therefore able to express himself on the pitch more.

PFA chief executive Gordon Taylor said: “He is a players’ player. He doesn’t make big headlines but he is highly regarded by his fellow professionals.” Making 41 appearances this season, his level of consistency has been something else.