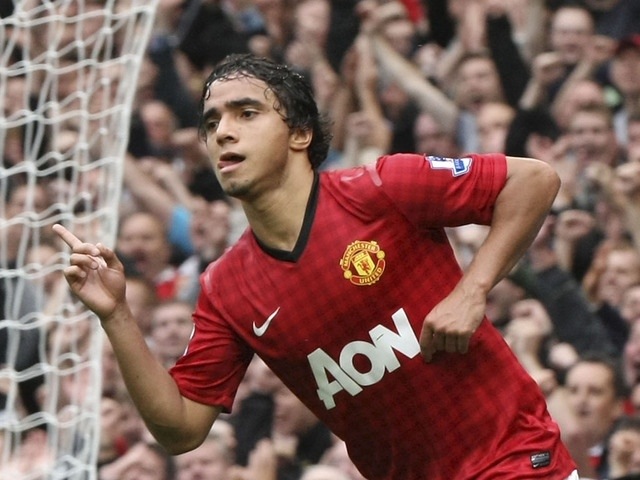 In a season where we are on the eve of securing a record-breaking twentieth league title, one of the many delights has been the continued development and maturation of Rafael Da Silva.

A raw prospect when plucked from his native Brazil alongside twin brother Fabio, Rafael burst onto the English scene with an impulsive and often impetuous recklessness. He looked rash and naïve, understandable given he was learning the ropes and adjusting to the relentless pace of Premier League football. He would often callously dive into tackles, leading to bookings and the occasional red card; many feared the worst once he received a booking, would he ever curb that temperament?

This feverish desire to fight for every ball stems from his background of street football back in his homeland. It demonstrates that winning mentality and steely grit that you need to make the grade at United.

If this aspect of Rafael’s game was taken away from his style, we would lose half the player. The crucial stepping stone to his development has been an added maturity. This season he has mellowed and shown everyone he is close to the real thing. He was always a buccaneering, attacking full-back, but this season he has improved not only his service but has also been a surprising goal threat- the stunners at Anfield and Loftus Road have been two of our most memorable goals. He has been our first right-sided full-back in a while to have natural attacking instincts, in comparison to say John O’Shea, Wes Brown and Gary Neville, who relished the bread and butter of mastering the art of defending and stifling the opposition.

Rafael’s natural talent was there for all to see even when taking the first steps along the long road to first-team regular at United. However, question marks persisted whether he would eradicate the rash decision making, probably until this season. Of course, there are still times when he will mistime a lunge and get booked but he is learning to stay on his feet, the education process is never ending, even the best still seek to perfect their skills, but the process for Rafael will have been boosted by having the wily old heads of Ferdinand, Vidic and Evra alongside him.

Players may be adamant that they are not superstitious and do not read too much into history or the significance of a shirt number, but the decision from the manager to entrust the Brazilian with the famous number 2 shirt has proven to be a stroke of genius. Although you do not automatically get the impression that Rafael needs a confidence boost, his levels must have been brimming when he got the chance to wear the famous shirt previously adorned by local hero Gary Neville. Neville was the epitome of the wholehearted defender- never giving less than 100% for the shirt, always committed. Neville had to though; self admittedly he was not one of the naturally gifted players but made his living out of sheer dedication and hard work. Unlike some gifted prospects who have fallen by the away side in recent years (Morrison, Pogba), Rafael has learnt to combine this talent with the hard yards on the training ground, the two together represent a marriage that leads to a prosperous career. It is fitting that Rafael is well on the way to eclipsing Neville, the previous owner of the number 2 shirt. Neville was widely considered as one of our greatest modern-day defenders, so to be held in such esteem is testimony to Rafael’s growth this season.

He has certainly been our most improved player this campaign, in a position where we have struggled to find a successor to Gary Neville since his retirement- Wes Brown and John O’Shea were used there when Neville had a prolonged spell on the sidelines but they moved on to seek regular action, mainly due to Rafael’s rise. As both Manchester clubs continue to lead the way in English footballing dominance, it comes as no surprise that the two best right-backs this season have been Rafael and Zabaleta. So how has Rafael not been considered for young player of the year?

Both shortlists for player and young player do not contain a single defender. Too much attention these days is on the plethora of quality attackers , with more and more talented imports enhancing their careers in England it is easy to forget the art of defending- emphasised by the inclusion of Eden Hazard and Christian Benteke on the shortlists (both newly imported).

Call me a purist, but seeing a crunching tackle or a fantastic defensive header is still an entertaining part of the game and makes the game the great spectacle it is alongside the thrilling attacking pyrotechnics at the other end.

The non recognition of defenders is not just a domestic malaise; Fabio Cannavaro has been the only recent recipient of the prized world player of the year accolade.

This of course takes nothing away from the progress Rafael has achieved over the past 9 months. He is still in his early 20s, with defenders such as Rio Ferdinand proving that age is no barrier or hindrance in that department; it is a prospect to behold the thought of Rafael in his prime. There is still a long way to go of course, Rafael is not the finished article.

Despite his omission from the list of talented gems, we all know Rafael has been a major plus point this season. Gary Neville will have been one of the first to admire the Brazilian this campaign, he has been a deserving and worthy follow-up to one of our best number 2’s, we hopefully have the best number 2 on our hands right now.

2 responses to “Thoughts on Rafael not being in the running for Young Player of the Year?”