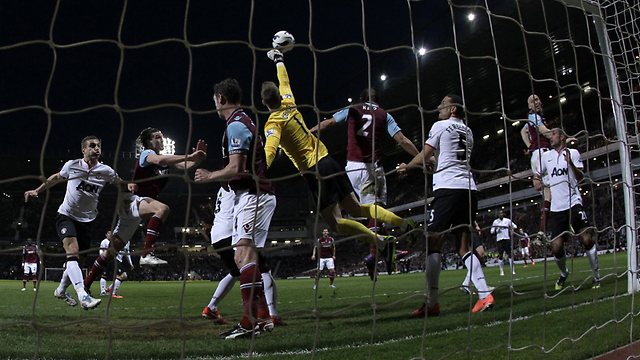 Sir Alex Ferguson felt Andy Carroll should have been sent off following his clash with David de Gea during the 2-2 draw at Upton Park.

Carroll kneed Wayne Rooney and instantly clattered into De Gea on the stroke of half-time from a West Ham corner. This left Ferguson and the away support infuriated. All was forgotten with Wazza, though, who joked with the Geordie striker instead of telling him off.

The striker, who is on loan from Liverpool escaped any punishment for the challenge and Ferguson felt the referee got it wrong letting Carroll go unpunished. It’s important goalkeepers get protection but our players didn’t get enough from the officials throughout the game last night which was disappointing.

When asked for his opinion on the incident, Ferguson told Sky Sports: “I think it’s obvious, I don’t think we need to dwell on that, it’s an obvious red card but the referee has seen it differently. We know how they play, the ball is in the air most of the time. You’ve got to defend those things and they’re very, very aggressive so you hope there’s a strong referee. I’m not so sure we got that tonight.”

2 responses to “Ferguson: Andy Carroll should have been sent off”