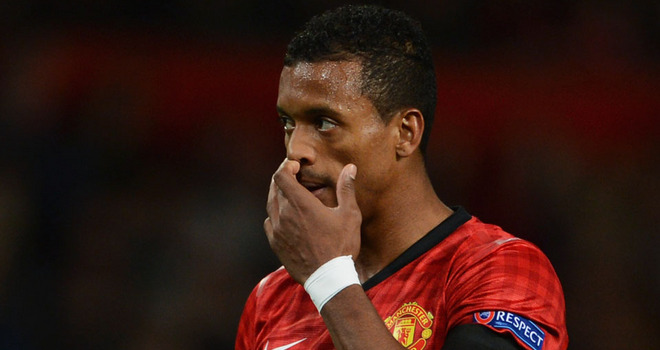 Rewind the clock to October 7th of last year, and we faced a tough game on paper against Alan Pardew’s Newcastle at St James’ Park. The previous weekend saw us suffer a rare home defeat at the hands of Tottenham. Chelsea at this time were looking unstoppable under the guidance of Roberto Di Matteo and we started that game 7 point adrift of the London side (who’d have thought that when we contrast the fortunes of the two sides now?)

In the end, we cruised to a 3-0 away victory. The performance was close to perfection as far as away days are concerned. At this time, our defence had a vulnerable look which has been a serious abnormality during the Ferguson era, so to record an all-too rare clean sheet was an added bonus coinciding with the rare event of Jonny Evans and Patrice Evra scoring in the same game.

What was most noticeable and satisfying from that win on the North-East was our attacking spark and fluid interchanging. This was a stark contrast from the 4-4-2 setup which came up short against Villas Boas’ men a week earlier. We set up at Newcastle with no defined winger, in a bold tactical move from the manager we set up in the 4-2-3-1 system that most teams now adopt as their Plan A. We see it with Barcelona, Real Madrid, Chelsea, so it was nice to see what Ferguson was willing to spring a tactical surprise and prove that adaptability and subtle tweaks is all it takes to change your fortunes.

One line-up that day comprised of two deep lying midfielders- Michael Carrick and Tom Cleverley, three in front of them- Danny Welbeck, Shinji Kagawa and Wayne Rooney, with Robin Van Persie being the focal point of our attack. Now, admittedly on paper, the three who have license to support the main striker look like two wingers and one in the ‘number 10’ position. Kagawa and Welbeck were the two who mainly drifted out wider, whereas Rooney was deployed down the middle to build a rapport with Van Persie, don’t forget their partnership was only just showing signs of blossoming come October. That said, Kagawa and Welbeck did not offer natural width. One of the advantages of this 4-2-3-1 setup is that the 3 ‘floaters’ have the opportunity to roam and not stick to a specific position, this makes them very difficult to pick up and man mark. Welbeck and Kagawa were the ideal candidates to join Rooney as part of this three in behind because they are adaptable and have already played in a variety of attacking positions this season. Their movement is one of their redeeming qualities meaning they were a constant menace as they had free reign and license to take up different positions.

One thing you need in a difficult period is variety. If Plan A is not going to plan, an imaginative Plan B is a necessity to salvage games. Since that defeat to Real Madrid, we have looked devoid of ideas and attacking vibrancy- we stumbled across the line against relegation threatened Reading and Sunderland when we should have been filling our boots, and suffered defeat with a whimper against Chelsea and City. What has been evident this season, is that no winger has stamped his authority on the flank in the 4-4-2 setup: Nani has been typical Nani- too inconsistent; Antonio Valencia has been a huge shadow of the Valencia that was unplayable and at the peak of his powers this time last year and Ashley Young’s progress has been curtailed by injury spells and inconsistency.

We have suffered a bit of a hangover after Mourinho’s boys robbed us of Champions League progression; we need something to freshen tired minds and bodies. Reverting to this system that served us so well on Tyneside might be the tonic to kick-start a run of form which will eventually see us win that historic 20th title. They say ‘if it ain’t broke don’t fix it’ but our wingers need mending, they have been off-colour for the most part of the season and this has to surely be one of the main reasons behind Robin Van Persie’s continuing frustrating barren spell in front of goal. Despite having a lean time at club level, he scored on International duty through better service, frankly he has not been getting that at club level of late, and surely a Van Persie given enough opportunities will end this drought and see us over the line. We need a fully-firing Dutchman; therefore the service has to be of a better quality.

The Dutch are the advocates of liquid football, supremoes of the quick fluid passing, interchanging of position and attacking flair. Van Persie would get this if say he had a three of Kagawa, Rooney and Cleverley in behind him- they all like to get on the ball and make themselves available for the next one, their games are based on quick tempo. Michael Carrick and Phil Jones could act as the defensive schemers as the two behind that creative trio.

We all know that Stoke will set up with Huth and Shawcross at the back. These two are brutes and will eat up any crosses we send into the box if indeed we go with the flailing two wingers again on Sunday. On the flip side, if we go with the setup in the previous paragraph, they would not enjoy not knowing who to pick up, whether to go out to them or to retreat and invite more pressure on their goal. One thing defenders hate is the jinky, wriggly players who play at a fast pace, their movement and incisive passing is too much for them and maybe the key to unlocking the physical Stoke defence is through such quick passing and subtle movement.

Stoke away has traditionally been a fixture that not many of the big boys relish. We actually have a respectable record there; we are still unbeaten there since they became a Premier League outfit. Their form in 2013 has been horrendous, we are not in great form ourselves but now is as good a team as any to play them- their crowd have been getting on Pulis’ back, it is not the fortress it once was and hopefully the City defeat will serve as a reminder that this league is by no means a foregone conclusion already. When City beat us at Old Trafford last year, that served as a giant kick in the arse and we used it as a springboard to go on a run, a similar tale here will surely mean we’ll wrap up the league soon.

Maybe a freshening up of the tactics and personnel will stop the rot and end this hangover. For Stoke on Sunday, maybe wingers is not the way to go.

2 responses to “Winging it without wingers”