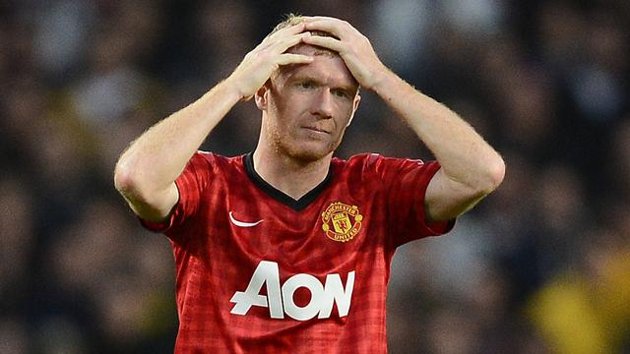 Former Manchester United captain Bryan Robson has a gut feeling that veteran midfielder Paul Scholes may be forced to retire at the end of the season.

Scholes, aged 38, is currently tied down with knee issues so fans haven’t seen much of him in recent weeks. Meanwhile Ryan Giggs penned a one-year deal to extend his career at United.

Having retired already Scholes returned last season, 6 months after he decided to hang up the boots. The club welcomed him back with open arms and he performed brilliantly. This season, however, we don’t look as reliant.

Robson – who was in Scotland promoting a charity match between former players from Manchester United and Rangers – said: “Giggsy has got another year, but he looks as fit as he was when he was 21. Scholesy I’m not so sure about. He’s been having a few problems with his knee. So I think he might just call it a day.”

When Scholes first retired I think the feelings were mutual from a supporters’ point of view. We were losing a legend. Someone that came through the youth academy that has made a significant impact at United down the years, so I have nothing but respect for the Salford lad.

Saying that, we must move on this time. When he retires next he means it and there’s no going back. Some players, however, are irreplaceable and Scholes is one of them. That’s not to say Ferguson won’t dip into the market to find a new midfielder. He might and you will more than likely hear it’s going be “the next Paul Scholes” when that really won’t be the case.

Whoever takes the midfield position alongside Michael Carrick will have big gap to fill. Fans have been crying out for a big midfielder for some time and expectations will probably increase once Scholes is gone.